The heavy lifting's over; results are beginning to pick up 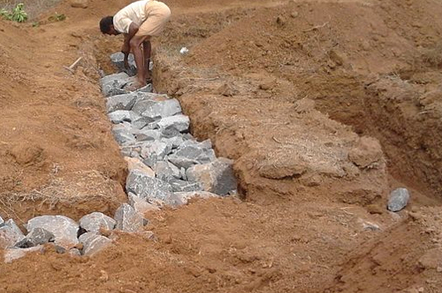 For flash fettlers Fusion-io's finances, it isn’t spring yet – but nor is it the bleak mid-winter. Revenues are starting to look as if they are on a solid footing with sequential growth and reduced losses.

Fusion-io makes PCIe flash cards and has suffered wrenching senior management changes, including the departure of the founders and installation of Shane Robison as its CEO, and a revenue drop along with three quarters of losses.

Its second financial 2014 quarter finished on December 31, with revenues of $94.5m. This was up 9.5 per cent from the previous quarter but down 21.6 per cent from the year-ago quarter. The next quarter’s annual compare should be a lot easier as that was when Fusion’s revenues started slumping.

Fusion-io expects revenues next quarter “to be in-line to slightly up sequentially“ and either should be enough to show growth over the year-ago third quarter.

There was a net loss for the quarter, as expected, of $21.3m; lower than the first quarter’s $27.9m and looking bad compared to the small profit of $1.3m eked out a year ago.

CEO Shane Robison was measured but pleased in his comments: “Our second quarter results demonstrate validation of our go-to-market strategy, continued traction with our OEM and ISV partners, and we are continuing to diversify our customer base, with nearly 6,000 end-user customers worldwide.”

CFO Ted Hull sang off the solid-footing hymn sheet, saying: “We delivered 10 per cent revenue growth over the prior quarter while maintaining a healthy gross margin due to a strong mix of enterprise customers in the quarter. We added $19m in cash during the second quarter, bringing our total of cash and cash equivalents to $244m. We believe these results underscore a solid foundation from which we can continue to focus on capturing the opportunity flash creates for data centre transformation.”

Now Lenovo has bought IBM's System x server business it will inherit the use of SanDisk’s ULLtraDIMM technology, which places flash closer to the server’s CPU and main memory by interfacing flash DIMMs to the memory bus. Fusion-io’s server flash uses a longer latency PCIe attach. This could be a concern and, in our view, Fusion-io may be investigating the use of flash DIMM technology and seeing whether flash DIMM-using servers need PCIe flash as well.

Rakers also pointed out that “ioScale qual at two OEMs are expected to be completed during the March quarter, following IBM’s qual in F2Q13,” - “qual” being analyst-speak for qualification. The ioScale product is Fusion-io’s lower-cost PCIe flash card product for hyper-scale data centres.

Fusion began “general sampling of its 3rd generation of product offerings” in the quarter, using smaller geometry NAND; 2Y nm and 1X nm according to Rakers, taken by us to mean roughly 22nm and 19nm respectively.

And, of course, PCIe flash card competition is strengthening, with WD having bought Virident and LSI sounding bullish as well as “ reporting 100 per cent yr/yr growth in 2013.”

All-in-all, Fusion-io is looking a lot better but still has a long way to go. ®

Violin Memory CTO and co-founder walks, starts up own outfit

Violin Memory shares collapse as it files for chapter 11

Server flasher leaps in to fulfil need for SQL speed