How much do you trust T-Mobile US? Enough to let it be your bank? 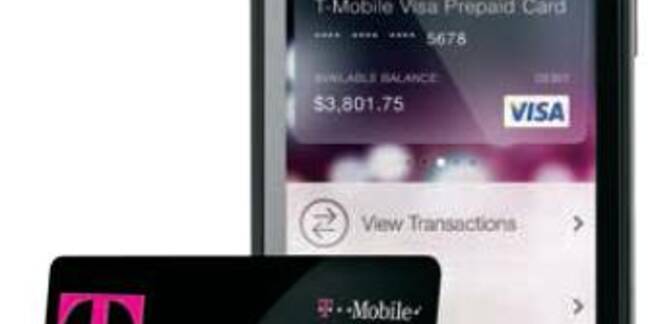 T-Mobile US is now offering debit cards that can be managed using a smartphone app.

The network operator and Bancorp Bank today launched the prepaid cards and software as Mobile Money, which is aimed at its subscribers who want to, for example, cash paychecks without having to pay middlemen a fee.

Each of the T-Mobile-US-branded Visa debit cards is linked to a prepaid account, which can be managed via a handheld device and Bancorp's network of 42,000 ATMs. Among the services offered by the plan include direct deposit of paychecks, photo deposit of checks, transaction tracking and automated bill pay.

In addition to helping customers cut the use of third-party check cashing, the company is pitching the cards as a handy way for parents to fund students traveling abroad.

"Millions of Americans pay outrageous fees to check cashers, payday lenders and other predatory businesses – just for the right to use their own money," said T-Mobile US CEO John Legere.

The rise of check-cashing services has drawn concern from advocacy groups who believe the fees charged by many companies are taking advantage of workers who lack direct deposit and other means of processing their paychecks.

According to CurrenC SF, a Bay Area advocacy group aimed at personal finance, check-cashing services cost workers an average of $711 per year in service fees.

The move is the latest in an ongoing campaign by T-Mobile US to position itself as the people's champ of American mobile carriers. Last year the company overhauled its business structure with the introduction of contract-free service plans and the elimination of data roaming fees.

The overhaul has also included guerrilla marketing campaigns aimed at rival competitors, particularly AT&T, which T-Mobile attempts to portray as aloof and out-of-touch with consumers. ®