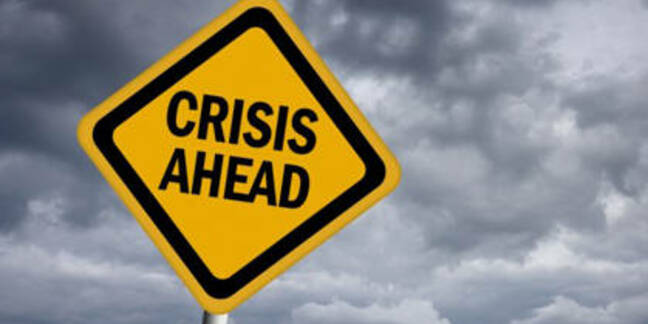 An IT contractor has been arrested over the theft of credit card and personal details of 20 million South Koreans.

Investigators allege an IT worker at the Korea Credit Bureau copied names, social security numbers and credit card details of millions onto a USB stick before flogging them to a marketing firm. He has been charged with stealing and selling data from customers of three credit card firms while working as a consultant.

The huge breach was apparently only possible because the sensitive data wasn't encrypted, according to an official at the country's Financial Services Commission. The siphoning off of data is reckoned to have occurred between May and December last year.

The as-yet-unnamed contractor – along with managers at the marketing firms who allegedly bought the purloined data – have all been arrested, the BBC reports.

Chiefs of the three firms publicly apologised for the leaks before offering to resign, owing up to responsibility over the whole sorry mess in a classy move we doubt many Western execs in the same situation would follow.

Sohn Kyoung-ik, head of NongHyup's card business, has already exited stage left while the boards of the other two firms are still considering their responses, the Wall Street Journal reports.

The offers of resignations came in the midst of local reports that Korean regulators would "stern punitive measures against financial institutions" in the leak was ultimately blamed on poor controls or management negligence.

The Financial Services Commission, Korea's national financial regulator, has formed a task force the manage the incident, minimise any harm, and push for improved security to guard against the possibility of similar incidents in future. The FSC published a statement saying the problem has been contained.

"The stolen data does not include credit cards' password or CVC code therefore it is very unlikely that the leaked information might be misused for financial fraud," it said. "Prosecutors also judged that there was no further leakage of the stolen data as they arrested those who had stolen the information and first distributed [it]. There has been no case yet reported as direct damage of the incident."

Since the data theft, about half a million customers have applied for replacement credit cards issued, CNN reports.

Credit card firms will be obliged to cover any customers who suffer a financial loss as a result of the breach, local financial regulators insist.

South Korea has an unfortunate track record in data security breaches. For example, two hackers were arrested for illegally obtaining the personal details of 8.7 million KT mobile customers before allegedly selling them on to telemarketing firms back in 2012.

A year earlier, hackers broke into the popular websites Nate and Cyworld, and stole information from about 35 million social networking users. ®