Not even 1.4m users can save 4Chan founder Chris Poole's startup

If Moot can't turn a quid from an app, what chance do you have? 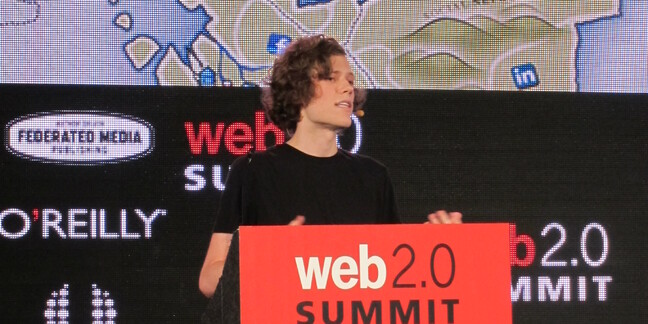 Being the (in)famous founder of 4Chan looks like a pretty good platform from which to kick off a mobile application startup.

But not even Moot, one of the visual forum's founders, has been able to make a go of it with DrawQuest.

Moot's post about the decision to wind up the company doesn't explain just what went wrong, other than to say “Although we arguably found product/market fit, we couldn’t quite crack the business side of things.”

“As we approached the end of our runway, it became clear to us that DrawQuest didn’t represent a venture-backed opportunity, and even with more time that was unlikely to change,” he continues, adding that “it’s my goal to use what little money we’ll have left after the wind-down to keep the service alive for another few months.”

Some speculative dot-joining leads Vulture South to opine that DrawQuest did well at winning users, but terribly at turning them into enough cash to become a self-sustaining entity, or even an entity its venture capital owners perceived as potentially saleable.

Moot's not alone in finding it hard to make a go of a startup. Venture capitalists don't expect every investment they make will pay off, instead trying to find one hit among several investments.

That Moot could not produce a hit is therefore no surprise, not least because things are tough in the app business with festive season app download rates collapsing, and Gartner has predicting that just one in 10,000 apps will become commercially successful.

Moot now plans to write more about his startup experience, in the hope others can learn from it. ®