Wow, gamers on YouTube really love the Xbox One. It's like they were paid to say that (Hint: they are) 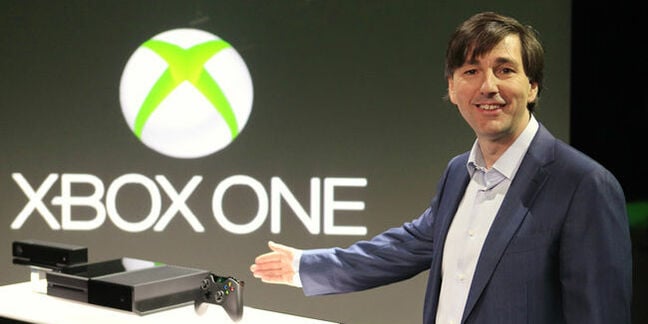 Updated Microsoft has admitted it promised to slip hard coin to gamers who upload favorable reviews of its Xbox One console to YouTube.

The offer was revealed in a contract that was leaked on Pastebin.com. The agreement, which includes a non-disclosure clause, is between Machinima and individual, er, vloggers – but Microsoft confirmed to The Register that it is indeed bankrolling the stealthy advertising campaign.

YouTubers who agree to participate must upload videos between 13 January and 9 February that are at least a minute-long, free of profanity, and include gameplay, endorsements and links to Microsoft's Xbox One channel.

The confidentiality clause forbids pundits from disclosing the terms and conditions of the offer – although Microsoft reckons that does not gag gamers from revealing they are getting paid, just the nitty gritty details of the contract.

And to avoid falling foul of the US Federal Trade Commission's rules [PDF] on disclosing paid endorsements, the vloggers are expected to disclose "clearly and conspicuously" any relevant compensation. The FTC even gives a video-game blogger being given stuff from a console maker as an example (see number 7).

Redmond defended the campaign as just another advertising push. In a joint statement, Microsoft and Machinima said their partnership was a "typical" marketing exercise and not a stealth effort.

"The Xbox team does not review any specific content or provide feedback on content. Any confidentiality provisions, terms or other guidelines are standard documents provided by Machinima," the statement read.

"For clarity, confidentiality relates to the agreements themselves, not the existence of the promotion."

Since its launch late last year, the Xbox One has battled Sony's PlayStation 4 console and, to a much lesser extent, Nintendo's Wii U.

With both sides commanding sizable fanboi armies, it's hardly a surprise that a tech titans would slip some celebrity gamers cash to tout their gear and edge their system ahead in the popularity stakes. ®

Microsoft got in contact after we published this story to add the following to its statement: