No need to run: it travelled 2.7 metres 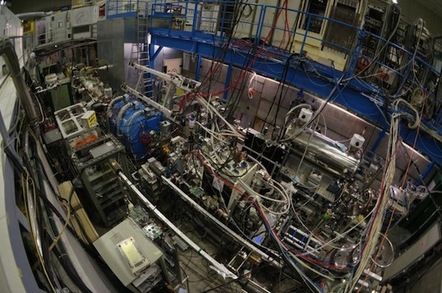 CERN scientists in the ASACUSA experiment have successfully fired a beam of antimatter and “unambiguously” tested it over a 2.7 metre distance.

Why is this important? Because it's a lot easier to characterise stuff if you have lots of atoms of it, than if you have to crank them out one at a time.

The aim is to use spectroscopy to characterise the spectra of both hydrogen and antihydrogen (the latter being an antimatter atom made of an anti-proton and a positron, or anti-electron), because if there's any CP (charge parity) violation between matter and antimatter, it should show up in the spectrum.

“The spectra of hydrogen and antihydrogen are predicted to be identical, so any tiny difference between them would immediately open a window to new physics, and could help in solving the antimatter mystery,” CERN says in its statement.

The “antimatter mystery” is this: why isn't there any around? Our current models of matter suggest that the Big Bang produced equal amounts of matter and antimatter, which should have annihilated each other and left us without a universe. Following this (yes, simplified) line of argument, since there is matter, and since primordial antimatter has never been observed, there must be some kind of asymmetry between the two. 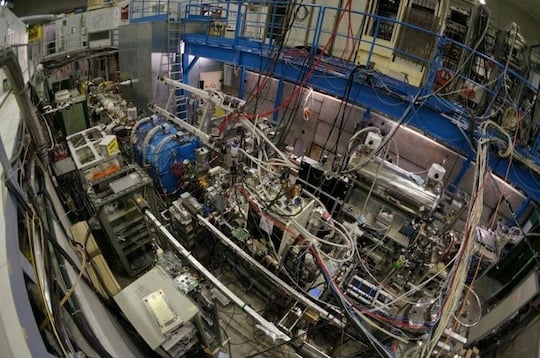 It takes a lot of kit to make an antimatter atom: CERN's ASACUSA experiment

However, no such asymmetry has ever been observed. Which brings us back to the point of the ASACUSA experiment: the aim is to produce enough antimatter to carry out “precise hyperfine spectroscopy of antihydrogen atoms” to try and identify the long-sought asymmetry.

In previous experiments, the CERN scientists have been able to keep antihydrogen in existence for a long time (1,000 seconds is a long time for antimatter) using superconducting magnets.

The presence of the magnetic field, however, is inimical to spectroscopy, so in the latest work, published in Nature, they worked out a way to fire and detect a beam of 80 antihydrogen atoms 2.7 metres away from the magnetic field.

This, they hope, will open the door to more sensitive measurements: “The next step for the ASACUSA experiment will be to optimize the intensity and kinetic energy of antihydrogen beams, and to understand better their quantum state,” the CERN release states. ®