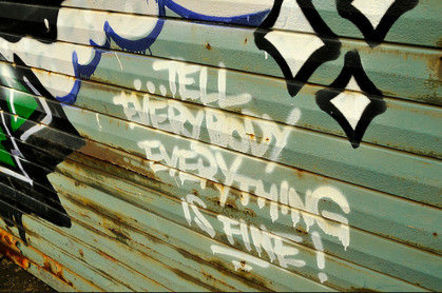 Angry users of the free version of LogMeIn have reacted furiously to plans to turn the remote desktop access service into a paid subscription product.

After 10 years of providing a free service, LogMeIn today announced that it would start charging people to use a new beefed-up version of its software.

Starting from today, LogMeIn customers will be told they have seven days from their next login to upgrade to a paid version.

"This product will be a paid-only offering, and it will offer what we believe to be the best premium desktop, cloud and mobile access experience available on the market today," a LogMeIn spokesman said.

Despite promises that "subscriptions will include LogMeIn’s signature remote access to two or more computers, premium mobile apps for Android and iOS, and native Mac and Windows desktop apps", users of the free version were raging.

Here's what one Reg reader had to say about the changes:

Okay, so it's generous of them to offer 50 percent off a subscription for controlling two of the eight or so PCs I have previously shepherded, and the tools are great, but I really don't appreciate being given less than 24 hours notice. The only real choice I have is to hear the click of the loaded revolver being held to my cranium and pony up for a year's subscription for the two that really matter, in order to have time to come up with another approach that I can afford.

He continued: "Now I know this could come across as 'freetard whinges as profit-making entity takes away his free toys' - I prefer to think of it as 'hopelessly addicted cracktard's free supply dries up as dealer hits him for national debt of a small Eastern European republic to pay for next fix'. Nice one, LogMeIn. You could have just asked nicely for a reasonable amount of money for a domestic user."

Bizarrely, LogMeIn tweeted a quote from Martin Luther King just a few hours before it prepared to enrage its users:

What change are you striving to make in this world? #MLKDay pic.twitter.com/JuIyxm3A0M

Here's what the rest of Twitter had to say about the death of LogMeInFree:

@TheRegister so logmein free is no more! Got an email today saying I need to pay from today! As in no days notice!

Ah, yes, LogMeIn is killing Free subscriptions (for non-Central users) and giving 7 days notice. Way to piss all over years of goodwill. #IT

.@LogMeIn because of the way you have handled the termination of your 'free' product, you will *never* get my custom.

No doubt you're annoyed too, dear reader. Rage away in the comments. ®