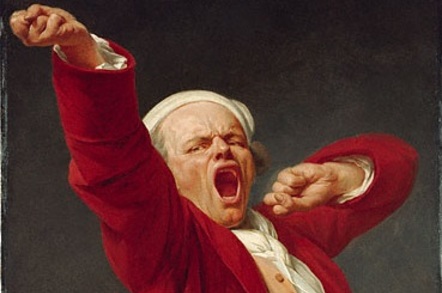 The European Space Agency (ESA) doesn't usually have the atmosphere of a soccer stadium, but a very belated ping-back that showed the Rosetta comet-chasing spacecraft to be back in business moved normally reserved boffins to wild exuberance.

"We got it!" roared Rosetta project scientist Matt Taylor, punching the air with glee on the ESA's live feed of the event. "I can speak on behalf of everyone in saying that that was rather stressful," he added, with a bit more reserve.

"Now it's up to us to do everything that we've promised we can do. The work begins now, and it looks like it's going to be a very fun-filled next two years."

Rosetta has been in hibernation mode for the last three years on its ten-year mission to match velocity with comet 67P/Churyumov-Gerasimenko, a sooty ball of ice and rock diving into our solar system over 700 million kilometers from Earth. The spacecraft was due to wake up at 10am UTC on Monday morning and take six hours to startup and align itself correctly with the stars and the Sun. In the end, it took eight hours to hear from the probe – the craft's "hello, world!" reached Earth on time at about 1820 UTC. 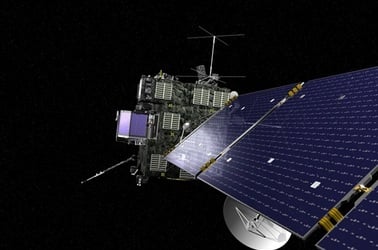 Late as a teenager after her first night's clubbing

The vast distances involved mean it takes roughly 45 minutes for a signal to reach Rosetta, and the same amount of time to get a response. After the ESA's S-band spectrum analyzer didn't show a signal, Taylor said the atmosphere in the control center went from relaxed to not very relaxed to worried, very quickly.

"This was one alarm clock not to hit snooze on, and after a tense day we are absolutely delighted to have our spacecraft awake and back online," said Fred Jansen, ESA's Rosetta mission manager.

The ESA team will now spend weeks carefully reawakening Rosetta and checking out its 21 instruments: 11 on the spacecraft and 10 on the Philae probe it carries that will sample the surface of the comet itself, if all goes well. The package hasn't had a full systems check since June 2011, and there'll be software updates to get into place if Rosetta is to complete her mission.

In May, Rosetta is scheduled to send back the first pictures of the comet from two million kilometers away, and get final positioning readouts. It will then start its final burn to catch up with the snowball and begin orbiting for the planned 17-month experiment. 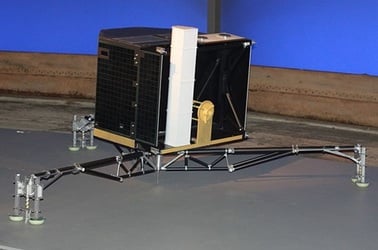 If all is well, on November 11 the Philae lander will detach and the 100kg probe will fire harpoons into the comet's surface, draw itself down, and drill in with the ice screws on its legs. It will then begin to send Rosetta data on the composition of the snowball and its emissions as it falls sunwards.

After 67P/Churyumov-Gerasimenko swings around the sun and heads back towards the outer reaches of the solar system, Rosetta's solar cells will become less and less effective, but the team at ESA is confident they should be getting good data back from the craft for years to come. After that it'll simply become another souvenir of humanity speeding through the stars. ®