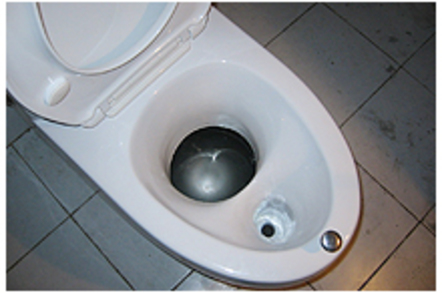 It's a cutesy brand of sweet marked with the tagline "kids and grown-ups love it so". But the happy world of Haribo has suddenly clouded over after tiny ursine squishy figures of the sugar-free variety reportedly caused "gastric exorcism" in dozens of Amazon reviewers.

More than 100 people wrote graphic descriptions of the carnage they claim was caused to them by way of their consumption of the sugarless Haribo gummy bears.

The reviews were tacked on to a product page for the catering-sized bag - a bulging 5 pound (2.2kg) plastic-coated wad which contains approximately 1,080 bears - of the treats, which are packed full of a type of maltitol syrup (LycasinTM) - an artificial sweetener which is known to have a laxative effect.

To be fair, the unfortunate sweetie-lovers were warned about the possible side effects, as Amazon's description admitted: "This product is a sugarless/sugarfree item with ingredients that can cause intestinal distress if eaten in excess."

That's putting it mildly. One Amazon reviewer described emitting "sounds like trumpets calling the demons back to Hell" and a "stench like 1,000 rotten corpses vomited" after eating the bears.

The "death bears" were described as causing people to feel as if they were "trying to squeeze Niagara Falls through a coffee straw".

"Haribo has replaced the sucrose in a typical batch of Gummy Bears with colon-shredding rage," another viewer warned.

Most of the descriptions are too graphic to print, for fear of offending the sensibilities of our more squeamish readers.

"My dad always used to say "I don't believe in God...but I'm afraid of him"," one poor victim said. "Well I believe in God, and the only thing that scares me is haribo sugarless gummy bears.

"I'm serious, these things should be outlawed or used as a military weapon."

For the sake of journalistic balance, here is one of the five-star reviews:

"I bought one order for the Westboro Baptist Church as a donation because we all know how much God hates irregularity." ®