This could get a lot worse before it gets better 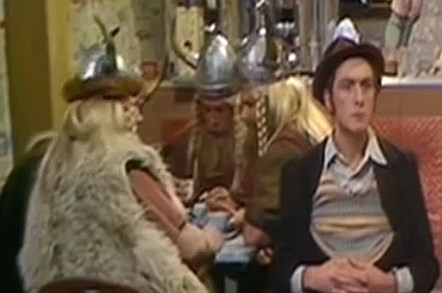 Google has pulled at least two Chrome extensions from its online store after spammers and malware merchants bought established software from developers and updated it to suit their own nefarious purposes.

The whistle was blown by developer Amit Agarwal, who spent a lazy hour or so coding a Chrome extension for the popular RSS reader Feedly; his handiwork soon garnered over 30,000 users. In a blog post, Agarwal recounted how he received "a four-figure" offer for the rights to the code, and considering that a good return for such little work, he accepted the offer and signed over the rights.

"A month later, the new owners of the Feedly extension pushed an update to the Chrome store," he wrote. "No, the update didn't bring any new features to the table nor contained any bug fixes. Instead, they incorporated advertising into the extension," he explained.

"These aren't regular banner ads that you see on web pages, these are invisible ads that work the background and replace links on every website that you visit into affiliate links. In simple English, if the extension is activated in Chrome, it will inject adware into all web pages."

Agarwal said that while there is an opt-out function on the extension, it's not set as the default and he advised users to switch to other options.

Another extension, Tweet This Page, is also on hiatus after following a similar route, and the development team behind yet another popular extension, Honey, has said that it was offered substantial sums to subvert their code.

In a Reddit conversation, the Honey team said it had received one offer worth "six figures a month" to feed data on its 700,000 users to a data-mining firm. Another offered a cash deal to replace Google ads on the extension with similar looking faux ads from the Chocolate Factory which could contain whatever the hirer wanted.

"I've spoken to a few on the phone and they sound just like normal people proposing a business deal," said the Honey team leader.

. "I'm sure they've justified what they do in their own mind so they don't sound shifty or unsure at all. Mental gymnastics is an amazing thing."

Google has declined to comment on the matter directly, but the firm tightened up the terms and conditions of its extensions policy in December to try and crack down on code that includes nasty little surprises. It also warned about code subversion in October, and has been steadily locking down its distribution channel for extensions.

People close to the matter said that this problem isn't going to go away soon, however, and expressed fears that we might be on the cusp of a new malware vector similar to that seen with the boom in spyware apps 20 years ago.

The solution is to check applications automatically or by hand to see if there are any unpleasant additions to seemingly innocuous apps, but that's a massive task, say sources. End users are going to be the first responders if something does happen, but it seems Google is planning a major investment in systems to clean up any infection points as soon as they occur.

The company could, of course, take the Apple route and lock down its software distribution to a single store where all apps are tightly checked before release. But this goes very much against Google's open-code ethos, and is rather expensive and restrictive to boot.

In the meantime it's a case of buyer beware and keeping vigilant. Developers might also want to consider any offers for their code if they are to avoid besmirching their long-term reputations for short-term profit. ®