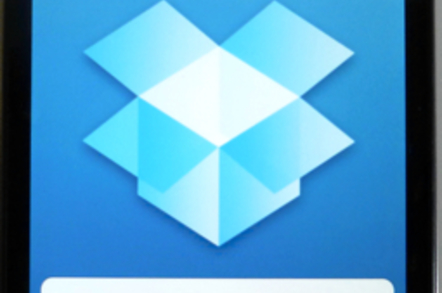 Ten billion greenbacks. That’s what venture capital firms (and Dropbox’s board and execs) think the file sync'n'share pioneer is worth.

It’s competing with a host of other startups – Aaron Levie’s Box being the noisiest – and mainstream storage suppliers like EMC and NetApp, as well as cloud storage-based services from Amazon (WorkSpaces), Google Drive and Microsoft's SkyDrive.

Reports late last week said Dropbox has closed a $250m funding round, implying a $10,000,000,000 valuation. The main investors in the round were asset management outfit BlackRock and existing investor Index Ventures.

The Re/Code news website speculated the round could be worth as much as $400m when it is completed with top-up cash.

Drew Houston, Dropbox’s co-founder – who has an estimated 10 per cent personal stake in his biz – becomes a potential billionaire on the back of this round. Fortune mag has more on this, discussing the feared impact of Apple’s iCloud intro two years ago and how it didn’t (much) affect Dropbox at all.

Back in November the file syncer reckoned it was worth $8bn. That’s when it said it was looking to raise a quarter of a billion extra cash to boost sales and engineering teams and maybe acquire technology. Its prospects and performance must have improved to garner a near-25 per cent valuation raise.

What’s apparent is the other startups like Box, and mainstream vendors like EMC with its Syncplicity product, are not putting a dent in Dropbox’s fortunes and prospects.

The funding history is:

TechCrunch’ has a good potted history of Dropbox.

We wonder if a user device landgrab is going on. Once ensconced with a consumer or in a business a file syncer has to do pretty bad things to sink and be replaced. Users don’t look like they're dropping DropBox and $250m should buy an awful lot of business-focussed sales effort, where there are still virgin users to capture. ®