EE BrightBox routers can be hacked 'by simple copy/paste operation' 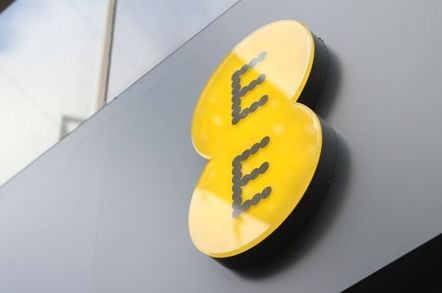 BrightBox routers supplied by UK telco EE as standard kit to its broadband and fibre customers are riddled with security shortcomings that make the devices hackable, a UK security researcher warns.

A cache of sensitive traffic including ISP user credentials, WiFi SSIDs and WPA2 keys is kept in a file called cgi_status.js that can be accessed without logging into the device.

"The vulnerability allows for a complete bypass of the administrative login and total disclosure of all settings, passwords, configuration and credentials stored on the device," Helme told El Reg.

"Security appears not to be a factor in the design of the device. it appears to be a case of only making it functional," he added.

The security shortcomings of home networking kit have been much in the news of late and this prompted Helme to take a close look at the BrightBox router he received when he signed up to a broadband contract with EE. What he subsequently found led him to believe the kit had not been put through a proper security evaluation prior to its release.

"Once a user has access to your 'Guest Network' for example, they could simply view the WPA key for your 'Main Network' and completely bypass all of your restrictions with a simple copy/paste operation,” Helme warns. "Not only that, but if someone has brief access to your premises and perhaps connects to your LAN, they can steal a copy of your WiFi password/s. This would allow them remote access to your WiFi from outside the premises without you ever divulging the passwords to anyone."

The vulnerabilities lend themselves to remote exploitation as the result of a cross-site reference forgery flaw involving the BrightBox routers, which Helme estimates is used by more than 700,000 customers in the UK. The same kit was previously supplied to Orange subscribers.

"Being able to grab details like the WPA keys or the hash of my admin passwords was bad enough, but exposing my ISP user credentials represents a huge risk," Helme concludes. "This is made even worse by the fact it’s possible to access all of the data remotely. Even if the device is only used in the home or small office, this represents a total compromise of the device’s security and an attacker could wreak havoc with your account causing huge inconvenience and even financial losses."

After looking into the software, Helme physically open up the router and probed its internal components in order to access the underlying operating system. Having done with the device he decided to physically destroy it using a shotgun. The video of the router's demise is at the bottom of this article.

Helme reported his research to EE back in November before going public with his findings last week. El Reg invited EE and device manufacturer Arcadyan to comment on the research.

In response, EE issued a statement on Friday promising to release a software update, while downplaying the severity of the security issues highlighted by Helme.

We are aware of Mr Helme's article. As is the case for all home broadband customers, regardless of their provider, it is recommend they only give network access to people they trust. Customers should also be suspicious of any unsolicited emails and web pages, and keep their security software up to date.

We treat all security matters seriously and while no personal data will be compromised by the device itself, we would like to reassure customers that we are working on a service update which we plan to issue shortly, and which will remotely and automatically update customers’ Brightboxes with enhanced security protection.

Helme responded to the statement by arguing that there are multiple levels of trust but EE has not acknowledged this and put too much onus on consumers.

"You might give a friend or someone else your Wi-Fi password but you wouldn't want to give them access to the admin account – but that's what EE is doing here," Helme said. He added that the multiple security shortcomings he identified with the device might all be resolved with a firmware update. ®

The router disintegrates as Scott Helme fires his shotgun at it.