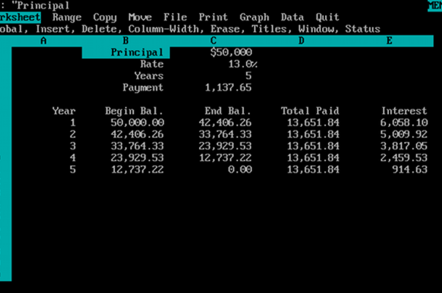 Exclusive Hull's dominant telco, KC, is investigating revelations of what appears to be poor handling of the company's customer data. This comes after a recent sign-up claimed one of its engineers had unwittingly exposed a customer spreadsheet containing the telephone numbers, user IDs and unencrypted passwords of all its subscribers.

The Register was alerted to the alleged gaffe by a KC customer who recently signed up to the ISP.

Chris Hill told us that a KC engineer plugged him into the company's fibre network earlier this week.

But while setting up a Netgear router, the engineer carelessly exposed sensitive data, claimed Hill - who was alarmed by what he had witnessed:

He used a laptop to connect to the router and as he came to the user ID and password for my connection he opened a spreadsheet and looked my phone number up in it. There was my user ID and password, in plain text, along with everyone else's. He tried to shield it from me when he realised I was looking at the list.

I asked him if he had my password with him, he said 'yes - it makes our job much easier', then changed the subject. I said that I wasn't happy that our passwords are not encrypted and that I realised it wasn't his fault.

Hill noted to El Reg that the same unencrypted IDs and passwords were used to hook up to KC's parent company KCOM Group's Karoo email service, including webmail and POP3. He commented that such action put the data at risk.

"This cannot be a single engineer acting badly as if the passwords were stored encrypted he wouldn't be able to get plain-text copies. I believe they are breaking the Data Protection Act", he added.

We asked Hill if the engineer in question had advised him to immediately change his password manually, or if the system would prompt him to input a new one within a short time of the account going live.

"He handed me a card with my user ID and password on it that I watched him complete. Underneath that box it says: 'You will need this for logging in to KCOnline'. No mention of changing the password there either," the Reg was told.

Hill has written a formal complaint about his concerns to KC.

We asked the telco about its data policy, and also quizzed the company on why it apparently allowed engineers to wander around with laptops allegedly containing unencrypted sensitive details about its customers.

A KC spokeswoman told us:

The security of our customers’ information is of primary importance to us and we are aware of and take very seriously our obligations under the Data Protection Act. We investigate any alleged data security incidents promptly and thoroughly, and we act quickly to make any improvements such investigations identify.

She added: "I can assure you that all of our laptops are encrypted, password-protected and fitted with tracking technology and the facility to remotely wipe data."

When pressed by El Reg on whether the ISP had contacted the Information Commissioner's Office about the alleged data blunder, the spokeswoman said:

We don’t believe it’s appropriate to comment on the specific details of the alleged incident.

But if and where we identify that a personal data breach has occurred, we’re required to notify the ICO and of course we would comply with any notification obligations.

Do you have a similar horror story to share?

If so, contact the author and tell us more..