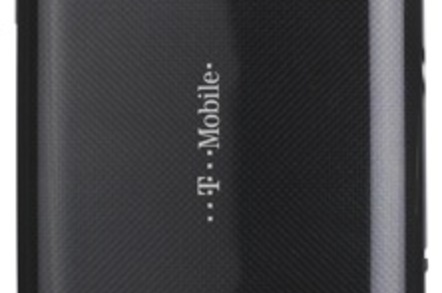 T Mobile customers are baying for blood after a glitch wiped out their pay-as-you-go mobile credit.

Dozens of people took to a message board of EE, the joint venture between Deutsche Telekom and Orange SA which runs T-Mobile, to express their rage after the outage rendered their mobes useless and cut of their access to the internet.

We also received a number of emails from angry Reg readers.

The customers' anger was compounded when the T-Mobile phone lines became jammed with people trying to report the problems with the mobile provider's Smart Packs, which are bundles of prepaid data, calls and text messages.

One customer said that her credit disappeared just after missing a call from a teacher to say her child was ill. Her child had to wait for two hours whilst she drove for 20 miles to get to the school, because she wasn't able to call a family member to help, she claimed.

Describing her "six hours of hell," the customer wrote: "After three years with Vodafone, I thought they were bad. But at least I could always get in touch with customer services. If I hadn't have read this forum I'd have been none the wiser. I'm livid."

Others were so angry they used three exclamation marks at once.

"I've been ringing since 7.30am this morning," wailed one apoplectic T-Mobile customer. "I top up £10 a month and get unlimited texts. Now I've got nothing at all and keep getting a text message saying insufficient funds!!!

"Considering they are busy, they were quick enough to send me a new code to top up to a new plan!!!!

Judging by the first entry on the forum, the problems started on Thursday morning. Customers appear to have bought a Smart Pack, before all the credit was inexplicably wiped off their account.

In an email, one Reg reader wrote: "It seems to have affected a lot of people. This month I should have 1GB of data and unlimited texts, instead I have no data, no texts, and no credit as my iPhone ate a bunch of data and spent it.

"Now I'm off to write a long, foaming-at-the-mouth letter to them. Then another one for my wife. I thought I’d use her phone as a backup tomorrow as I really need it, but that’s screwed too."

One of the forum member claimed that an EE store employee had told them it was a "system wide failure", writing:

The official line is it's a system wide failure... The phone lines were flooded and it crashed the phone network.

T-Mobile did not confirm this theory.

T-Mobile Pay As You Go customer have reported issues with adding and using their boosters.

We are in the process of deploying a fix which we expect to be implemented within the next two hours and apologise for any inconvenience caused.

Although the problem appears to have been fixed, customers are still unhappy that T-Mobile has not offered, in their view, an adequate explanation.

"I understand that things go wrong sometimes but yesterday you surpassed yourselves with utter incompetence and complete lack of consideration for your customers," raged one customer. "It looks like today may be a similar experience.

"Whilst it looks like the smartpacks have been restored, I notice a complete silence on the reimbursement of credit taken from many pay-as-you-go accounts. You failed to supply the service I had paid for yesterday and I wish to be reimbursed for money taken and I also believe a small compensation gesture is required for the inconvenience. You must admit it was all rather a shambles."

Have you been affected by this glitch? Get in touch and tell us about it. ®