Apple badmouthing of court's monitor proves it NEEDS him - judge 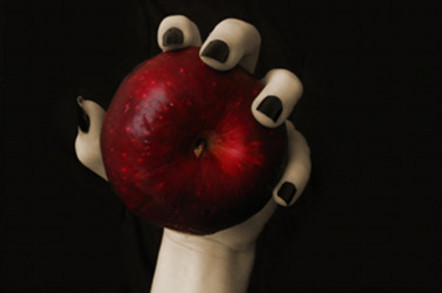 Apple's objections to its court-appointed antitrust monitor show exactly why the fruity firm needs an outsider keeping watch on its competition practices, the judge in the case has said.

US District Judge Denise Cote released a full opinion on why Apple needs the monitor after deciding on Tuesday to reject the company's bid to get rid of him. The monitor was imposed on the company after it was found guilty of conspiring to fix the price of ebooks last year.

"While Apple would prefer to have no monitor, it has failed to show that it is in the public interest to stop his work," Cote said. "If anything, Apple's reaction to the existence of a monitorship underscores the wisdom of its imposition."

Apple was trying to get the court-appointed Michael Bromwich out of the job, complaining that he was overstepping the mark by looking to do a deep investigation of the firm – and charging the company too much.

Cupertino claimed that Bromwich was asking for interviews of top executives, which it said was interfering with its ability to manage its business. But Cote dismissed the firm's complaints.

"Over three months, Apple has permitted the monitor to conduct thirteen hours of interviews spread across two visits to California. Seven of the eleven people interviewed have been lawyers. The monitor has also been provided with 303 pages of documents," she said. "If this limited amount of access constitutes “irreparable harm” to Apple then the standard for irreparable harm is low indeed."

Cote also dismissed claims that by defending his position to the court, Bromwich had shown that he wasn't an unbiased monitor.

"It would be surprising if a party subject to a monitor could escape the monitorship by launching a cascade of attacks on the monitor and then disqualify the monitor for responding," she pointed out.

On the fee dispute, she said Apple needed to go through normal dispute resolution channels and repeated that the Department of Justice had already said it was willing to negotiate on Bromwich's hourly rate.

Cote has given Apple until next Tuesday to appeal her decision. ®