What could you possibly want with TWELVE smartphones? 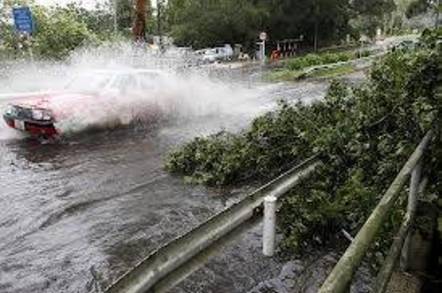 Hong Kong’s taxi drivers may soon have to give up on the common practice of driving with multiple smartphones attached to the dashboard, after a union branded it dangerous.

The Urban Taxi Drivers Association Joint Committee said that the handsets not only make it difficult for cabbies to see the road properly but also distract them when a call or message is incoming.

According to Hong Kong law, using a mobile phone whilst driving is legal as long as the user is not holding the device or any “accessories including the microphone”, by hand.

"Being distracted while driving and blocked windscreens could lead to traffic accidents. It poses a danger not only to the drivers themselves, but also to their passengers and other road users,” union leader Kwan Yuk-wah told the South China Morning Post.

"We have received a lot of complaints from terrified passengers where taxis were zig-zagging across the road while drivers took phone bookings."

These phone bookings are for customers who reach certain drivers via special underground taxi networks – the “20 per cent discounters” - which offer fares at a cheaper rate than normally metered cabs.

Such services appeal to the ever bargain-hunting locals – even though metered fares start at just HK$22 (£1.80) – and the entrepreneurial spirit of the cabbies, who can actually make a tidy sum on longer journeys.

When a punter calls one of these services, the network ringleader will disseminate the pick-up details via text, Whatsapp, Weixin or other platform to all cabbies in that network.

The one who is nearest and quickest to reply with the network’s unique passcode will be sent the rest of the details including drop-off location and customer phone number.

Drivers will typically join multiple networks but keep a separate phone for each because there’s a strict one-driver-one-network rule.

Kwan, who said he's seen as many as 12 phones in a single car, estimated that nearly a third of Hong Kong’s 18,000-odd licensed cabbies works in this way.

He has already called for a restriction on dashboard-mounted mobes and the police are also now looking into how widespread the problem is, according to the SCMP.

Pimped out taxi dashboards are certainly a common sight in Hong Kong, but playing the road safety card is slightly disingenuous.

This reporter has travelled in Hong Kong cabs with as many as eight dashboard-mounted mobile phones and they’re no safer than those with none.

Perhaps the local police would be better off cracking down on local cabbies’ unorthodox approach to driving.

This includes switching lanes without indicating, running red lights and, on one terrifying occasion, nodding off at the wheel whilst smoking a naughty cigarette. ®