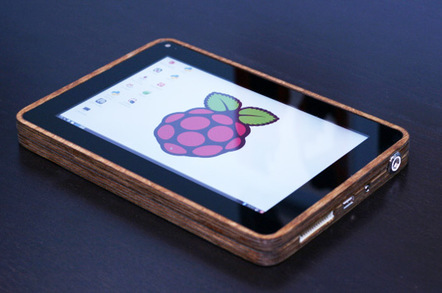 It's a tip of the hat today to Michael Castor, who caught our eye with his attractive fusion of plywood, carbon fibre and Raspberry Pi, dubbed the "PiPad". 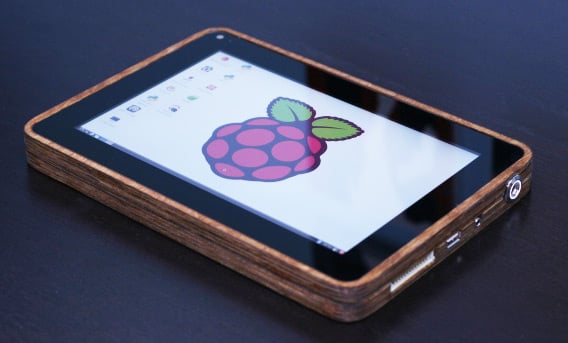 Michael's plan was to build an "all-in-one system that was usable, portable, and Linux-based", but which also "had to look good". Furthermore, it needed to be sufficiently innocuous for in-flight use without provoking a complete shutdown of US airspace.

Handily, Michael had the use of a CNC router to hew the case from 12mm plywood... 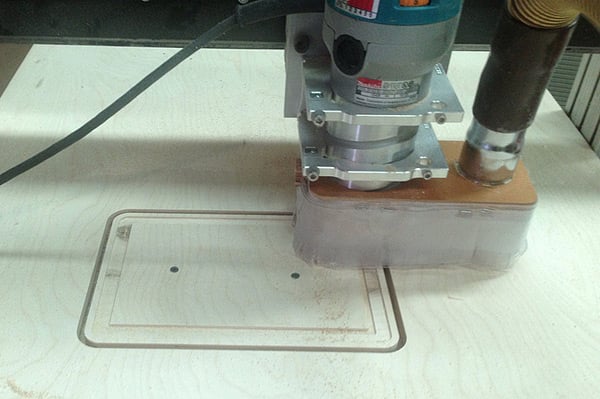 ...although he had to find less hi-tech solutions for other manufacturing challenges: 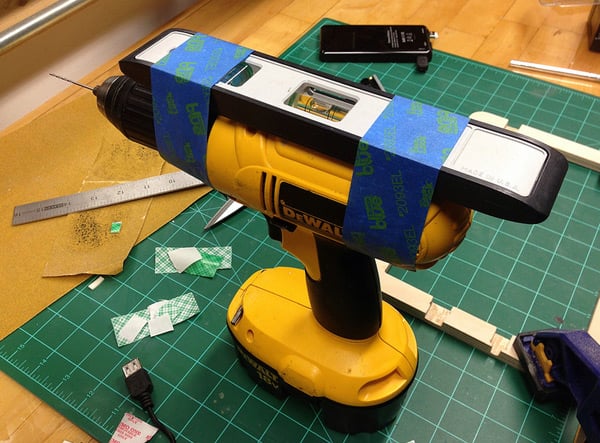 It's not clear quite what purpose this modified DeWalt served, but we assume it played a part in cutting the connector apertures in the frame: 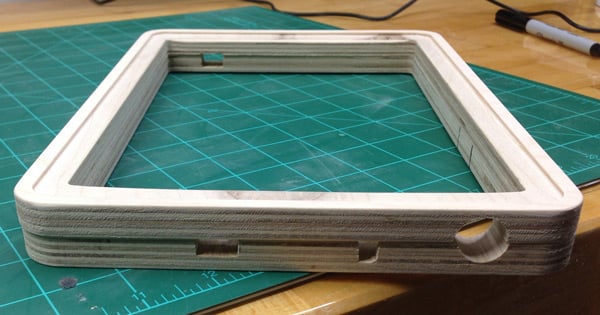 For a cutting edge design touch, the base features a sheet of carbon fibre... 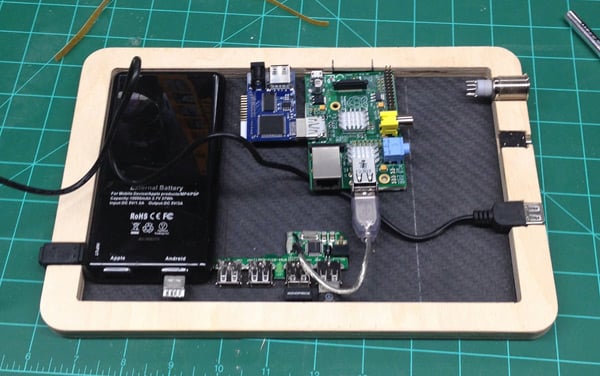 ... and here are the guts of the finished beast: 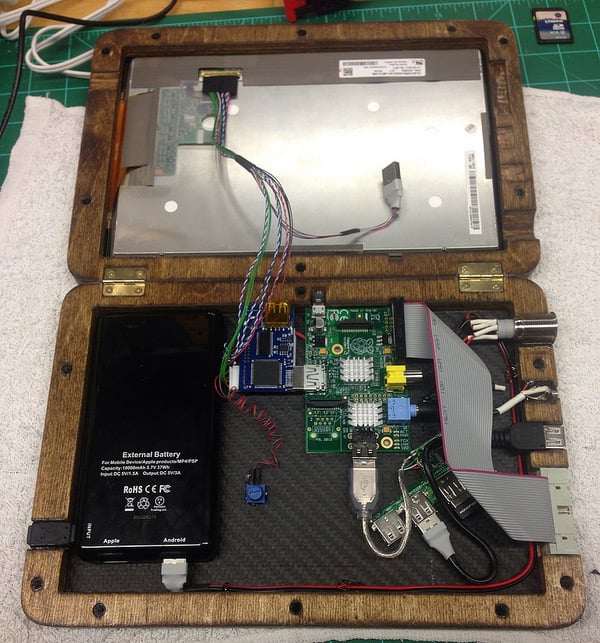 The screen is a 10-inch LCD capacitive touchscreen with a 5V HDMI-LVDS converter board, meaning the thing runs off the same voltage as the Pi. A phone charger provides external power, with an onboard 10,000mAh good for around 6 hours run time. 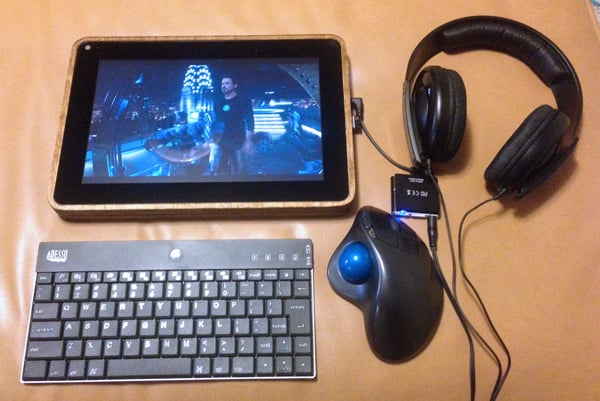 Michael finished the build in two weeks, in time to hop on a plane to San Francisco for the Maker Faire Bay Area. Suffice it to say, the PiPad didn't provoke a diversion to the alternative Bay at Guantanamo, and Michael says his movie choice of Talladega Nights attracted a favourable review from one flight attendant. 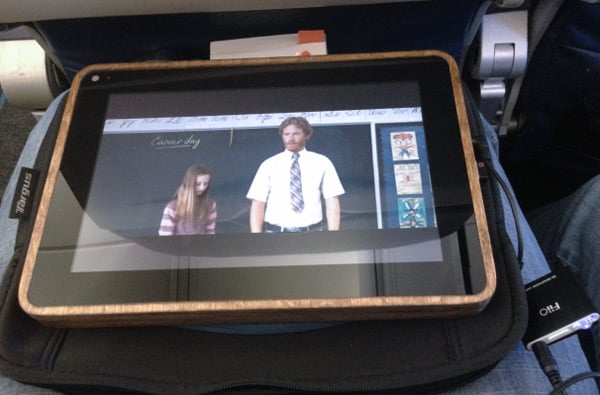 Raspberry Pi head honcho Eben Upton was similarly impressed at the Maker Faire New York, where he signed the PiPad on its sleek black backside. 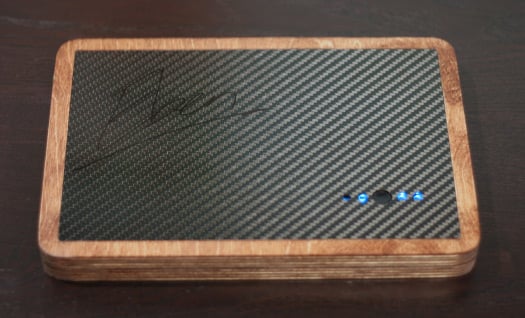 Michael told El Reg that the whole thing costs around $350. He said: "I could have bought an iPad or an Android tablet for that (or less) but what's the fun in that?"

Quite so, but we did question his use of plywood. He defended: "I chose the birch ply for a few reasons; it machines well, I had some lying around, and it looks nice without costing a bundle."

When pressed as to whether he might consider a deluxe version in perhaps mahogany or cocobolo, Michael responded: "I've thought about making one out of a nice hardwood with an inlay... maybe someday."

Under construction: CAT lobs bargain-basement rugged mobile that will take a kicking and keep on clicking