Audiophiles: These Wi-Fi speakers have a stereo drift of less than 25μs – good enough for you?

We hear out Imagination's Caskeid tech 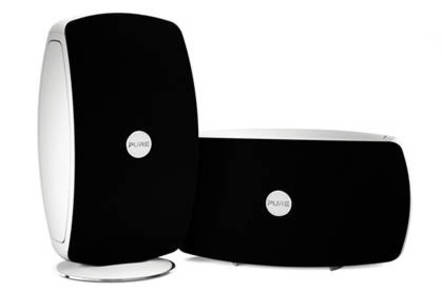 CES 2014 Although this year's Consumer Electronics Show in Las Vegas was chockablock with Bluetooth-connected wireless speakers, the UK's Imagination Technologies bucked the trend: it demoed its own wireless-speaker tech, the Wi-Fi–enabled Caskeid system.

Caskeid – pronounced "cascade" – was announced last September, but CES 2014 was the first opportunity that this Reg reporter had to hear the system, and he came away impressed.

Transmitting the audio signal over Wi-Fi rather than Bluetooth has a couple of advantages, one obvious and another less so. The more obvious benny is Wi-Fi's superior signal distance; the hidden boon is that Wi-Fi signals carry not only audio data, but also timing information that enables accurate sound synchronization for multi-room setups.

"It's actually quite complicated to do Bluetooth multi-room," Imagination marketing director David Harold told The Reg. "If you want to do a multi-room system, Wi-Fi is the way to go. We do Wi-Fi at the chip level and we do the software stack, as well."

With that level of integration, Imagination has access to all the timing information in the Wi-Fi transmission, which is needed to keep the speakers outputting audio packets in step.

"Today you look at a lot of these multi-room speaker systems," Harold said, "and they're sending the exact same audio information to each speaker and just kind of hoping that their 300, 400 microsecond drift is not that noticeable to you." 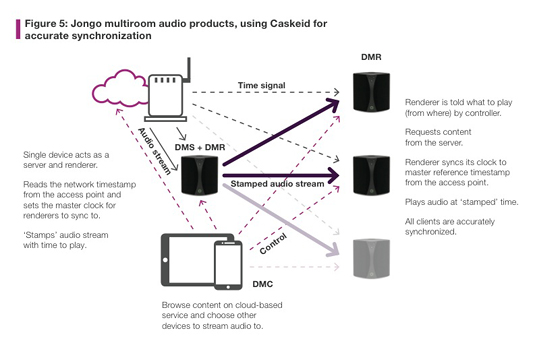 "Our system brings that drift down to – we're being cagey – but it's less than 25 microseconds," Harold said. "We really don't want to give the competition an exact target to go after, but suffice to say that once they hit our 25-stated public target, I can go lower."

The demo that your Reg reporter heard was conducted using an array of eight pairs of wireless Jongo speakers from Pure, Imagination's consumer-electronics division (which also have Bluetooth connectivity, by the way). Admittedly the setup was in a controlled demo environment, but our ears could detect no signal drift-induced "echo" whatsoever.

Harold said that Imagination has "several" third-party licensees for the tech, but that they were not yet at liberty to name them. "You know how it is," he said. "A show like this, you're here, you're doing the deals, you're getting things sorted out – but I'm hopeful we'll be able to start naming names pretty quickly."

You can learn more about the technology underpinning Caskeid by downloading an Imagination white paper here (registration required). ®