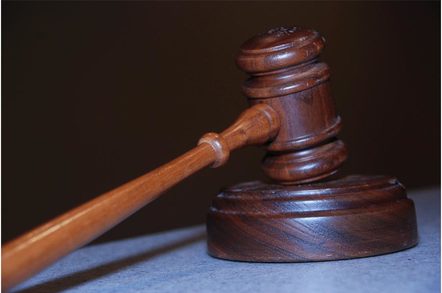 A US Court of Appeals has ordered Yelp to identify anonymous reviewers who slammed a cleaning company.

In his ruling this week [PDF], Judge William G Petty, sitting in Virginia, told the review-sharing website to turn over personal information on seven of its users who had panned Hadeed Carpet Cleaning on Yelp.com.

The family-run cleaning biz had alleged those seven critics were not customers – it says it has no record of the services the reviewers are complaining about. The cleaners believe the Yelp users deliberately posted negative reviews in order to harm the company.

Hadeed, based in Virginia, is seeking to sue the seven for defamation. Yelp has a contact email address, ZIP code and IP addresses from which the site was accessed on file for each account holder, all of which are crucial for the cleaning biz's litigation.

The legal battle started in 2012 when Hadeed subpoenaed Yelp for the identities of seven users who had posted the bad reviews. Yelp turned to the Court of Appeals to quash the subpoena, claiming the First Amendment protects freedom of speech and, in some cases, ensures the anonymity of those who post opinions and reviews on the internet.

According to Judge Petty, however, the rights of Hadeed to protect its reputation from defamatory statements overrides the protections of anonymity, and thus Yelp should be required to hand over identifying data on the seven reviewers.

"The freedom of speech – and within this, the freedom to speak with anonymity – is not absolute ... If we assume that the Yelp reviews of Hadeed are lawful, then the John Does may remain anonymous," the judge wrote in his decision.

"But if the reviews are unlawful in that they are defamatory, then the John Does’ veil of anonymity may be pierced, provided certain procedural safeguards are met. This is because defamatory speech is not entitled to constitutional protection."

Yelp, meanwhile, stood fast in its assertion that the case threatens the rights of its users to discuss their experiences honestly and freely. It will appeal to a higher court to scrub the subpoena.

"Consumers may feel the need to speak anonymously for privacy reasons or for fear of unfair retaliation by a business," the company said in a statement. "This ruling could have a chilling effect on free speech in Virginia specifically, and Yelp will continue to fight to protect consumers' privacy and free speech rights."

Yelp has become no stranger to the courts and claims from outraged business owners. Firms have accused the site of harboring users who deliberately post negative reviews of businesses in order to harm reputations and drive away customers to rivals.

Meanwhile, the site and its users have claimed that companies are using the courts in order to bully independent reviewers and customers into silence and suppressing negative reviews. ®