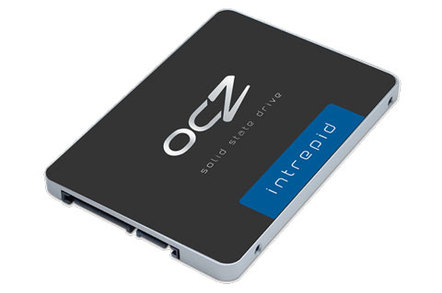 CES 2014 Bankrupt hardware maker OCZ, whose assets are being bought by Toshiba, has a Vertex 460 enterprise SSD device in the pipeline, with a preview of it being shown at CES in Las Vegas.

According to The SSD Review the Vertex 460 features:

There is an OCZ slide image in the SSD Review story, which we’ve copied below, and it shows very good mixed workload IO performance against selected competitors. 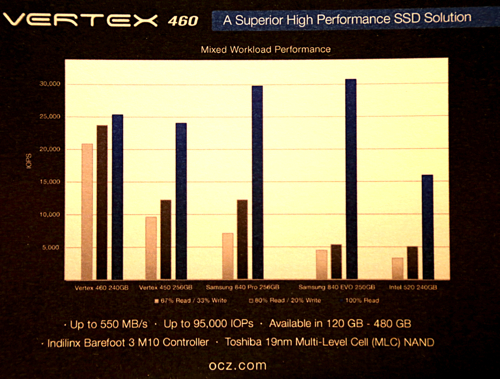 Click on the chart to get larger, more readable version.

The report says the OCZ brand name will be retained, at least for a time. It’s great to see OCZ developing impressive products like this and it confirms Toshiba’s intent to play a much larger part in enterprise (and consumer?) flash product markets.

We still wait to see how a Toshiba-OCZ combination will play out against Toshiba’s foundry output partner, SanDisk, which has its own range of enterprise and consumer flash products.

There's also the branding and product range integration issues Toshiba has to resolve when combing OCZ's SSD products with its own range. ®