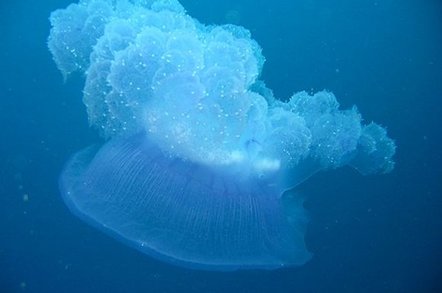 Stone stopped short of calling it that, however, preferring instead to say that "Jelly is designed to search the group mind of your social networks".

The "free" app, currently only available for Google's Android and Apple's iOS, places a lot of emphasis on photos to allow users to provide more context to a question, Stone said.

Your correspondent installed the app only to find utterly inane queries posted alongside photos on the service. One such example asked: "Do I get another espresso or wait till after lunch??"

Observers have noted that Jelly, which is backed by investors who include U2 frontman Bono and Al Gore, could suffer any number of wobbles given that it has entered a crowded field where it will compete with the likes of Yahoo! Answers and Quora. ®

As netizens, devs scream bloody murder over Chrome ad-block block, Googlers insist: It's not set in stone (yet)

Steppe thugs pacified by the love of stone age women

Roundup ...PHP's PEAR sabotaged for months, and more from the world of infosec