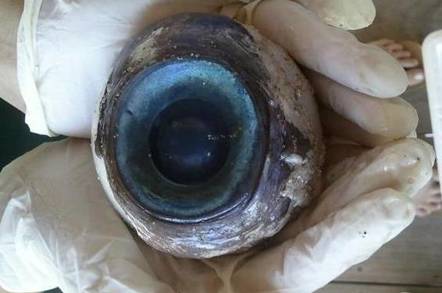 Nominet has ruled that a gripe site, which allows people to claim that Glasgow headquartered Optical Express blighted their eyesight, can live on – despite a second complaint being lodged against the owner of opticalexpressruinedmylife.co.uk.

The dot-UK registry company said in a Dispute Resolution Service decision (PDF) on 1 January that a second bid from DCM (Optical Holdings) Ltd - which operates under the Optical Express brand name - to silence the website, run by Sasha Rodoy, had failed.

"This is an attempt at a second bite of the cherry, within a short period after an unsuccessful first attempt," said Nominet panellist Bob Elliott.

He added that there were insufficient grounds for a rehearing of the case and rejected Optical Express's complaint.

It had tried to convince Nominet that a case should be heard on the grounds that there was "circumstantial evidence regarding the registration and use of the Domain Name, suggesting that the site was set up and funded by a competitor of the complainant, Optimax," Optical Express had alleged.

The firm claimed that the opticalexpressruinedmylife.co.uk site was secretly operating as an "advertorial" for its rival.

Optical Express, noted Elliot, was "said [on the gripe site] to have carried out an organised campaign of hate, falsity, business interruption and defamation, probably with funding from a competitor of the complainant, Optimax."

The company claimed to Nominet that the comments posted on Rodoy's website had caused "significant and unfair disruption to its business" and amounted to a personal vendetta against Optical Express.

However, Rodoy disputed the complaint, by saying she had legitimate non-commercial use and fair use of the domain name in question. In 2011, Rodoy claimed her own eyesight was affected by surgery at Optimax.

She had owned optimaxruinedmylife.co.uk, before reaching an undisclosed settlement with Optimax, and later set up the Optical Express version after hearing from disgruntled customers of that company.

Rodoy's My Beautiful Eyes campaign has recently been backed by Labour MP John McDonnell, who in November called on Parliament to look at regulating the refractive eye surgery industry.

Nominet said in its expert ruling that opticalexpressruinedmylife.co.uk "seems on its face to be a genuine criticism site, aimed at the complainant, and part of a wider campaign which includes lobbying for regulatory legislation."

Optical Express, which sells ophthalmic treatment services such as laser eye surgery and intraocular lens implants, had not returned The Register's request for comment at the time of writing.

Rodoy told El Reg that she refused to be silenced by the high street optician and added that she would "fight on until this industry is regulated and the serious risks publicised." ®