Platform will aim to improve depth and movement sensing 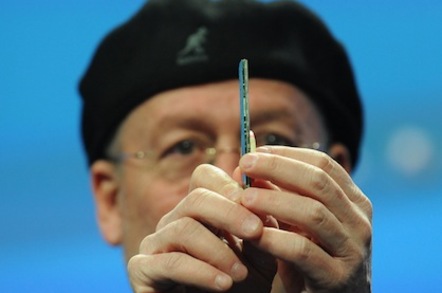 CES 2014 Intel has launched a series of cameras aimed at spearheading growth and development in the gesture and movement recognition fields.

The company said that its RealSense 3D cameras would add a depth-sensing component to traditional 2D camera hardware. The change will allow the device to process and track a third dimension when tracing user movements, helping to improve the accuracy of recognition and process additional factors such as facial movements and features.

The first model in the RealSense 3D line will sport a 1080p resolution camera and will feature 3D scanning capabilities as well as gesture recognition abilities. The company plans to integrate the hardware into OEM desktop and notebook lines as well as mobile tablet and 2-in-1 systems.

Hardware partners for the launch will include Dell, HP, Lenovo and Asus. Software vendors on-board with the new cameras will include AutoDesk, Tencent, DreamWorks and Microsoft Sky and Lync Scholastic.

Mooly Eden, Intel senior vice president and general manager of the company's perceptual computing group, predicted that the addition of depth recognition will allow users to move away from traditional input methods and towards more natural ways of controlling systems.

"Our vision with Intel RealSense technology is to reverse that, and make our devices learn and understand us," Eden said of conventional controls.

"By equipping them with technologies that mimic human senses in a more genuine way, our everyday experiences such as learning, communication and gaming are transformed; and entirely new ones are possible."

Though Intel has pushed gesture recognition for years, the company furthered its push into the space last summer when it shelled out a reported $40m for Israeli firm Omek Interactive.

In entering the gesture-recognition space, Intel finds itself among vendors such as Microsoft, who has based its Xbox One console largely on the Kinect voice and gesture recognition platform, while Nintendo's Wii line has endeared itself to users almost entirely on the ability to play games with natural movements rather than mashing buttons.

With Chipzilla in the market, PC users could now also see a major push towards gesture controls and recognition as vendors push software developers to take advantage of the new hardware features. How successful Intel will be is another matter entirely. ®