Not as insane as you might think, says moneyman 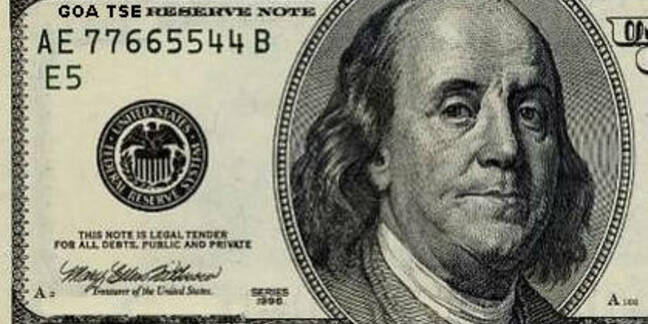 Now that 2014 is up and running, you might be looking over your stock portfolio and reevaluating your investment options. If so, one analyst has a bit of advice: go long on Google, which he believes may become the world's first trillion-dollar company.

As pointed out in a "welcome to the new year" roundup by The Wall Street Journal's MarketWatch, hedge-fund manager and investor Howard Lindzon argues just that in a blog post rather unambiguously entitled "Google will be the First Trillion Dollar Company".

According to Lindzon, a number of things need to fall in line for the giant online ad-slinger to reach that milestone. First of all, he says, it may need a bit of luck – "maybe Apple screws up," he says – but more likely they will simply out-innovate their competitors in software "or even hardware."

He's also of the opinion that the government needs to "stay out of it's [sic] way" – a likely development, considering the rabidly pro-business, anti-regulatory environment in Washington these days. The Federal Communication Commission's new chairman, venture capitalist Tom Wheeler, has so far been playing his cards pretty close to his vest, but he'll be on the hot seat at CES next Wednesday during a one-on-one with CEA president and CEO Gary Shapiro, and The Reg will be there to let you know what Wheeler might reveal about his regulatory stance.

Lindzon also points out Google's appetite for acquisitions, and believes that Larry, Eric, Sergey, and the rest of the boys (okay, plus SVP Susan Wojcicki) will buy Twitter and "make the broadcasting and publishing part of Twitter better than ever."

But if Google is to reach the magic one-trillion market-capitalization milestone, it's not going to happen overnight. As of Friday morning Pacific Time, GOOG's market cap stood at $371.9bn – not that much more than Microsoft (MSFT) at $310.2bn – while the valuations of the world's two biggest-ticket companies were significantly greater: Apple (AAPL) at $493.7bn and Exxon Mobil (XOM) at $435.8bn.

But with all those big numbers floating around, it's important to remember that prognostication is a no-cost pastime – that is, if you're not putting your own money where your own mouth is. And although reputations can be made and lost on market predictions, also keep in mind that homo sapiens is a species well known for its short memory span.

That said, it's less than fully reassuring that Lindzon is the cofounder and CEO of a social network for investors and traders with a less-than-sagacious name: StockTwits. ®