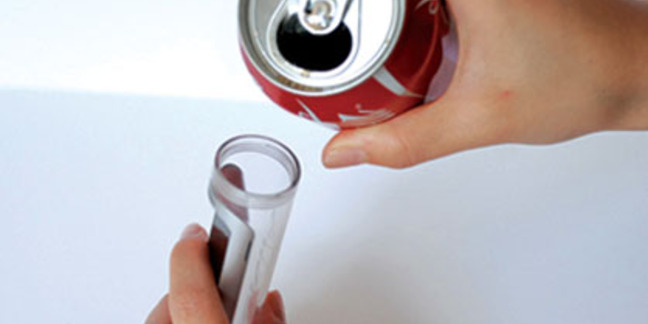 Lots of companies register MAC addresses: the list we've linked to above includes Apple, HP, IBM, Samsung, Alcatel, Cisco, Intel and even Palm Inc, plus dozens of electronics companies. Their collective presence shows that if you want to build connected devices, you've simply got to have a pool of MAC addresses to deploy.

Which brings us back to Coca Cola, a beverage company. Why does it need MAC addresses up its sleeve?

Readers with long memories might remember the Internet Coke Machine, a hack created at Carnegie Mellon University (CMU) in or just before 1990. The machine's history is detailed here. Long story short, CMU possessed one Coke machine that was cheaper than the others and therefore sold out quickly. Tired of roaming the university's halls in search of sugary beverage bargains, clever folks rigged the machine so its inventory levels became visible online. A later hack made it possible to query the temperature of the drinks within the machine.

Might Coca Cola be contemplating something similar? Or could it have its eyes on post-mix machines that mix carbonated water and secret syrups on-site, the better to monitor the need for new consumables?

Vulture South imagines the latter is a more likely scenario, as the company has reserved about 16 million MAC addresses. That's not enough for a consumer-focussed campaign, but would let Coca Cola build enough devices to keep tabs on corporate customers.

Feel free to sip from your own cup of sugary wisdom and let us know how you think Coke could put the MAC addresses to work. This soft-drink-powered-phone can be your starting point for other musings. ®

And by huge ad firm

Tagging the youth for fun and profit