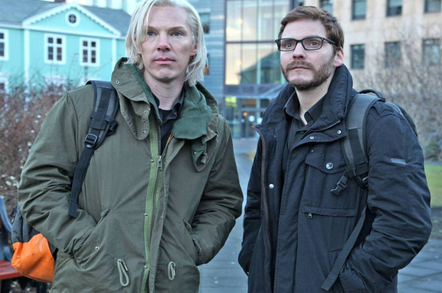 The WikiLeaks Party, the Australian political arm of WikiLeaks, has sent a delegation to Syria and met with the nation's leader Bashar al-Assad.

The United Nations has accused of al-Assad, and rival Syrian factions, of perpetrating war crimes in the nation's civil war

The WikiLeaks Party, for which Julian Assange ran as a candidate at Australia’s September 2013 elections, writes on its about page that it stands for “stands for unswerving commitment to the core principles of civic courage nourished by understanding and truthfulness and the free flow of information” and “will practise in politics what WikiLeaks has done in the field of information by standing up to the powerful and shining a light on injustice and corruption”.

“The Constitution of the WikiLeaks Party lists its objectives,” the page continues, “which include the protection of human rights and freedoms; transparency of governmental and corporate action, policy and information”.

The Party has posted a notice explaining why it has made the visit, offering the following three aims for the trip:

The visit was publicised by the Assad regime in the following Tweet:

The Australian, Rupert Murdoch's antipodean daily broadsheet newspaper, got wind of that Tweet. Australian government figures, from Prime Minister Tony Abbott down, have since described the visit as “foolish” or worse.

At the time of writing, the WikiLeaks Party has not responded to The Register's inquiry about how meeting al-Assad furthers it goals, but has Tweeted that its delegation will report on the visit as soon as is practical.

WikiLeaks has distanced itself from the visit, which it says it had no knowledge of.

The visit is the second major mis-step by the WikiLeaks Party, which last year used Australia's preferential voting system to offer support to right-wing groups.

For reasons too tedious to detail (TLDR version: 1,000 ballot papers went missing during Australia's 2013 election), 2014 will likely see Australia conduct an election for the federal Senate in just one State. Assange has indicated he'll happily put himself forward as a candidate for that poll. Whether he remains content to do so now that the party prosecuting his cause – and hopes for an exit from the Ecuadorean embassy – has supped with a dictator remains to be seen.

Assange, for what it is worth, has grown some ... interesting ... facial hair, and now tweets regularly in support of NSA leaker Edward Snowden.

US will cling to mass surveillance like nuclear weapons - #Assange http://t.co/CV8uh4Spzu pic.twitter.com/AuLsonxawk