Thanks for the memories, but I'm off: Violin COO Dixon Doll hits eject

Third bigwig out the door in a month 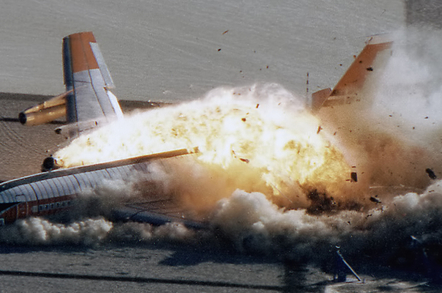 The company terminated its chief exec in December following a disastrous quarter: Violin's financial results recorded losses outgrowing revenue and its post-IPO share price down two thirds or so. Now the COO has gone.

"Dixon R. Doll, Jr. will step down from his position as Chief Operating Officer to pursue other personal and professional opportunities, effective today," we're told. He steps down from the board as well.

Doll, like Basile, came to the storage upstart from Fusion-io. He is a longterm colleague of Basile and the third senior figure to leave Violin in a month: software bigwig Jonathan Goldick ejected in early December, just before Basile's termination.

"I want to thank Dixon for his contributions to the company over the past four years," said Violin's interim CEO Howard Bain in a statement.

Doll added: “I have a great deal of admiration and respect for the Violin team, and believe they are well positioned to remain at the forefront of our industry. While this was a difficult decision, in light of recent changes at the company, I believe that now is an appropriate time to let new leadership chart our future course.”

It looks as though Doll decided against reporting to Bain, and Bain agreed. Though not a firing, the resignation still dents Violin's attempt to stabilize after its CEO was axed: now a new COO is needed.

John Kapitula is the senior veep of operations, so he'll have to do some of the COO's work with Bain doing the rest until a full-time replacement is found – that's our guess, anyway. Sales head Richard Dyke is probably safe; Violin would start looking like a train wreck if he left too. ®