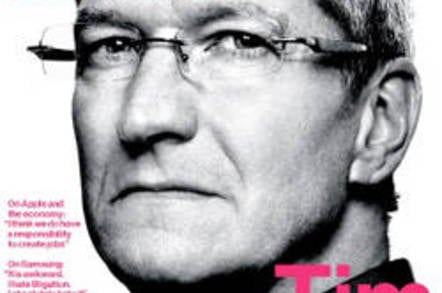 Analysts at Wells Fargo have downgraded their outlook on Apple shares for this year, taking it down from "outperform" to "market perform".

A report on the fruity firm stuck to a valuation of between $536 and $581 a share, but it pointed out some concerns about the gross margin of profit on the upcoming iPhone 6 as well as limited market for existing products, according to Street Insider.

"Our bullish thesis on Apple had been predicated on the expectation for gross margin expansion driven by the 5s cycle," analyst Maynard Um said. "While we still have conviction in the gross margin thesis (and the potential for iPad/iPhone unit upside), we believe this may be largely embedded into the valuation."

The report sees issues for Apple with the prospective iPhone 6 coming later this year, which will need new, more expensive components if the fruity firm wants the handset to appear all shiny and different from older models.

Um also pointed out that Cupertino's gains have come from beating out competitors, not necessarily because people are spending more money. Now that Apple is reaching the limit of the market share it can wrest off other firms, its growth is likely to slow. ®