Apple wants sales ban on Samsung smartphones nobody is selling 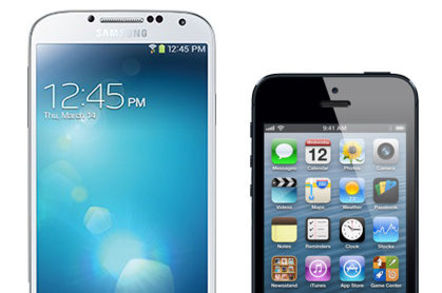 Flush from recent courtroom victories, Apple is once again requesting a ban on sales of more than 20 Samsung smartphones in the US – even though none of the products in question are being sold anymore.

Bloomberg reports that Cupertino has filed a new motion in the US District Court of San Jose, California, asking it to block sales of all of the Samsung phones that were found to infringe Apple patents in its landmark 2012 verdict.

District Court Judge Lucy Koh rejected Apple's first such request, saying the fruity firm had failed to demonstrate that it was suffering "irreparable harm" from the ongoing sales of Samsung's products.

But in a new ruling on November 18, the Federal Circuit Appeals Court found that although Judge Koh's decision was correct where it came to Apple's design and trade dress patents, she was wrong to deny Apple's request with regard to its utility patents.

Armed with that decision, Apple is once again asking the court to halt sales of a long list of Samsung smartphones. The irony is that, with this seemingly interminable patent war having dragged on for so long, Samsung has already stopped selling all of the models listed. But Apple says that doesn't matter.

"Samsung's claim that it has discontinued selling the particular models found to infringe or design around Apple's patents in no way diminishes Apple's need for injunctive relief," Apple's court filing states. "Because Samsung frequently brings new products to market, an injunction is important to providing Apple the relief it needs to combat any future infringement by Samsung through products not more than colorably different from those already found to infringe."

In other words, Apple is looking for a court decision banning Samsung's old products to use as ammunition for a fresh assault on the South Korean firm's more recent products. If Cupertino can convince a jury that a Galaxy S III is "not more than colorably different" from a Galaxy S II, for example, the ban on the older handset could be extended to include the newer one.

But that would just be one arrow in Apple's quiver. Reg readers whose eyes haven't completely glazed over may recall that Cupertino has already filed a second patent infringement suit against Samsung, this time naming newer models, including the Galaxy S III and the Galaxy Note. That suit is set to go to trial in March, so get ready for another long year in the courtroom drama that never ends. ®