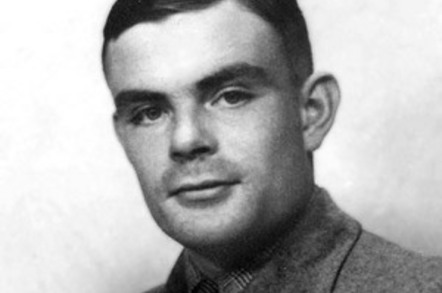 Alan Turing, the British mathematician whose work was instrumental in the creation of the calculating machines that helped the Allies break German codes during World War II, has been posthumously pardoned for the offence of “gross indecency”.

Turing's work is widely held to have shortened World War II, saving many lives, and provided much of the basic theory on which computer science would later be built.

While he was celebrated for that effort, he was gay at a time when that sexual orientation was reviled in British society. In 1952 he was charged with “gross indecency” after a liaison was discovered, pled guilty and accepted treatment of chemical castration using female hormones as a punishment.

In 1954 he was found dead, aged 41, in his flat, a half-eaten apple not far from his body. Cyanide poisoning was found to be the cause of death. Although the apple was never tested, it has long been assumed his death was suicide and that he chose to end his life in part because of the shame associated with his conviction.

Turing became a cause célèbre, particularly in the technology and gay communities. In 2009, Gordon Brown, then British Prime Minister, apologised for Turing's treatment; a petition in 2011 calling for the mathematician's pardon gathered thousands of signatures; and last year a pardon was even debated in the UK's House of Lords.

Those efforts appear to have borne fruit: this official document, dated December 24 and bearing the letterhead of one Elizabeth R, details Turing's legal history – and then offers the following:

NOW KNOW YE the We, in consideration of circumstances humbly represented unto Us, are Graciously pleased to extend our Grace and Mercy unto the said Alan Mathison Turing and to grant him Our Free Pardon posthumously in respect of the said convictions;

AND to pardon and remit unto him the sentence imposed upon him as aforesaid;

The paperwork was signed by Chris Grayling, the UK's Lord Chancellor and Secretary of State for Justice. The news was embargoed to midnight, December 23, but leaked onto the internet hours beforehand thanks to whistleblowing website Cryptome and UK newspapers' first editions.

While the Royal pardon is a wonderful Christmas gift to the world, thousands of people in Britain, including the author Oscar Wilde, were also convicted under the same laws as Turing.

There's a strong argument to be made that without Turing's efforts, and those of his many wartime collaborators, many of us might not be free to enjoy the season. Closer to home, The Register would almost certainly not exist but for his genius. ®