Xyratex being bought by Seagate in $374m Xmas splurge 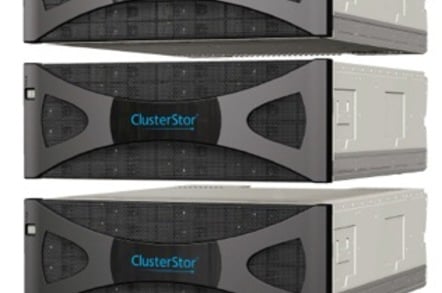 Christmas has come early for some: Seagate is aiming to buy HDD test equipment and HPC array maker Xyratex for $374 million in cash.

The offer is $13.25 for each Xyratex share, which is 27 per cent higher than last Friday's closing Xyratex share price.

There is a definitive agreement between Seagate and Xyratex to do the deal and $80 million cash in Xyratex' balance sheet will help seal the deal, giving a cash cost to Seagate of just under $300 million.

For Xyratex, which fired CEO Steve Barber a few months ago after energetic agitating at board level by activist investor Baker Street - looking for a stronger share price - the news is straightforwardly brilliant.

Interim CEO Ernie Sampias can breathe a sight of relief, take the cash, and relax. His reign has been marked by declining revenues and under-performance, with quarterly revenues falling below $250 million, well down on the $375 million level they were at a couple of years ago. Full-year revenues look to be heading towards $775 million, compared to last year's $1.16 billion and $1.45 billion the year before.

The Baker Street activists have been agitating for a sale of Xyratex for some months and now they'll be able to walk away with a significant profit on their investment. It's not that great though. Xyratex shares peaked at $20 in 2010 but haven't risen above $12.00 for the past year - so $13.25 looks reasonably good but not wonderful. The shares are now trading at $13.24, up nearly 27 per cent since yesterday.

We assume that Xyratex shopped itself to WD and Toshiba, who both need test equipment for their disk manufacturing operations, and they declined to buy at the price Seagate was willing to pay.

Seagate will be able to absorb the disk drive test equipment business fairly easily but the ClusterStor HPC storage array business is a different thing entirely, as Seagate will be competing with its own storage array OEMs. NetApp has its E-Series (Engenio) HPC array product line. EMC wants to get into the business, and there is Data Direct Networks with its more or less total focus on HPC and highly scalable arrays.

All of these OEMS will have a starting expectation that Seagate will get out of the ClusterStor business.

OEMs looking for Seagate to divest the ClusteStor business will be disappointed:

"The acquisition also expands Seagate’s storage solutions portfolio by adding Xyratex’s industry-leading enterprise data storage systems and high-performance computing business. Seagate will operate this business as standalone entity and will focus on opportunities to improve and expand the business."

Western Digital and Toshiba will be delighted; both should pick up some extra business from OEMs displeased by Seagate competing with its own channel. They'll be pissed that Agate will now be selling them disk manufacturing test equipment and will look to buy their test gear from someone else, like Teradyne.

"This is a strategically important acquisition for Seagate as we continue to focus on delivering best-in-class storage solutions for our customers. As the average capacity per drive increases to multi-terabytes, the time to test these drives increases dramatically. Therefore, access to world-class test equipment becomes an increasingly strategic capability.

"As a premier provider of HDD testing equipment, Xyratex is an important partner and we are excited to integrate these important capabilities which will considerably streamline our supply and manufacturing chain for our core HDD business. We are also pleased to acquire Xyratex’s storage systems and high-performance computing business, which provides us additional opportunities to serve our customers with a broader array of storage solutions.”

After a thorough strategic review process in which we evaluated a wide range of alternatives, the Xyratex Board of Directors determined that this all-cash transaction with Seagate maximises shareholder value through an attractive premium.

Basically the board is recommending shareholders take the money and run, and many shareholders will think this was the only realistic outcome available after Xyratex' hapless board had fired Barber for wasting cash by investing it in ClusterStor - and then realised ClusterStor was in fact the only real growth prospect Xyratex had, and it had fired the CEO driving it.

The transaction has been approved by Xyratex’s Board of Directors and is subject to customary closing conditions, including review by regulatory bodies and approval by Xyratex shareholders. Baker Street, Xyratex’s largest shareholder, has agreed to vote its shares in favour of the transaction - as if there was the remotest chance that it wouldn't!

Seagate expects positive cash flow immediately following the transaction and expects revenue contribution to be between $500-$600 million in its fiscal year 2015. That's interesting in as it could potentially mean Seagate overtakes WD in annual revenue terms.

The transaction should close in mid-2014.

Surely siren voices inside Seagate will be saying sell it to X-IO and give that luckless firm something it can grow revenues with. ®