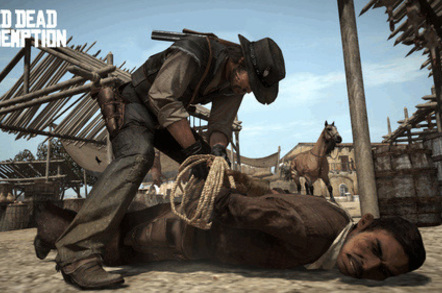 Security watchers are proposing the introduction of "flat rate" bug bounties by software vendors to try to stop vulnerability researchers from flogging off flaws to exploit brokers or on the black market.

They believe that the current situation is bad for security, and means that vulns often end up in the hands of criminals – or governments, which may not necessarily be that keen to reveal they have new prying capabilities, as recent revelations have proven.

Stefan Frei, research director at NSS Labs, has put out a manifesto suggesting bug bounties be set at the level of $150k per exploit found, irrespective of their severity. The idea of the reward, which needs to be substantial to have any effect, is to encourage vulnerability researchers to choose to get paid for their work by the software vendor rather than selling their discoveries to exploit brokers or computer security grey markets.

The International Vulnerability Purchase Program (IVPP) would pay above the current going rate for flaws, as Frei explains in a recent whitepaper. "It is time to examine the economics of depriving cyber criminals’ access to new vulnerabilities through the systematic purchase of all vulnerabilities discovered at or above black market prices," Frei argues. "Security depends largely on ethical researchers reporting vulnerabilities under the practices of coordinated disclosure. Meanwhile, the black market is expanding rapidly and offering large rewards for the same information. Traditional approaches based on 'more of the same' cannot deliver better overall security."

Vendors' paltry rewards are not helping

Bug bounty programmes have become fairly commonplace across the IT industry over recent years. Google's bug bounties are among the best known but they just one set of examples among many across the IT biz, all offering varying levels of financial reward, almost all offering thousands rather than the six-figure sum Frei suggests.

The schemes reward researchers for reporting flaws to vendors, rather than hawking them through exploit brokers or vulnerability marketplaces. Governments are the biggest buyers of exploits and the US government is widely reported to spend the most, reportedly using the security vulnerabilities it acquires to run targeted attacks, mostly through its TAO (Tailored Access Operations) elite hacking squads.

The NSS proposal calls for the use of government regulation to formalise and mandate software developers bug bounty programmes. Many in the security industry would be instinctively opposed to government intervention on ideological grounds alone even before we consider whether a compulsory bounty scheme would help in practice.

Investigative journalist Brian Krebs weighed into the debate in support of Frei via a post to his Krebs On Security blog.

"The market for finding, stockpiling and hoarding (keeping secret) software flaws is expanding rapidly," Krebs explains. "Vendor-driven 'bug bounty' programmes which reward researchers for reporting and coordinating the patching of flaws are expanding, but currently do not offer anywhere near the prices offered in the underground or by private buyers."

Krebs reckons the market can't be relied upon to come up with a more secure software ecosystem essentially because improved security is not tied to profitability.

"Software security is a 'negative externality': like environmental pollution, vulnerabilities in software impose costs on users and on society as a whole, while software vendors internalize profits and externalise costs," Krebs writes. "Thus, absent any demand from their shareholders or customers, profit-driven businesses tend not to invest in eliminating negative externalities."

The whole scheme would be affordable, they claim. If Oracle were to pay researchers top dollar ($150,000) for each of the 427 vulnerabilities it fixed last year, that would still come to less than two-tenths of a per cent of the company’s annual revenues ($67m out of $37bn in revenues).

"Paying $150k for bug bounties would help the industry because more professional vulnerability researchers would opt to go the white hat route," writes Adam Kujawa, chief of Malwarebytes' malware intelligence team. "The other side of the coin is that companies would most likely rather employ full-time vulnerability researchers, paying them a salary to find bugs in the software, rather than paying out $150k times however many bugs they have."

Kujawa reckons a kitemark scheme for federally approved industry seal for software testing would offer an alternative means of weeding out security bugs from the software ecosystem. He also mentions holding software developers financially liable for exploits and data loss that can be blamed on the security shortcomings of their products as another way to go. Of course security breaches aren't always the result of buggy software, as Kujawa notes.

Many security breaches are actually a result of social engineering (eg, tricking someone into handing their passwords or opening an infectious email attachment) and/or web attacks by hackers, which also pay a massive role in the lamentable state of web security.

Robert Graham, chief exec of Errata Security, told Krebs that while he supports the idea of vendors offering bug bounties he's against government-mandated and regulated schemes.

“The amount we’re losing from malicious hacking is a lot less than what we gain from the free and open nature of Internet,” Graham said. “And that includes the ability of companies to quickly evolve their products because they don’t have to second-guess every decision just so they can make things more secure.”

Graham's perspective was endorsed by other security researchers including Jeremiah Grossman, founder & CTO of WhiteHat Security (here) and others. ®