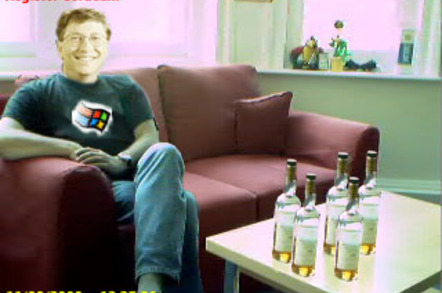 Bill Gates' charitable foundation has handed British boffins a wodge of cash to help produce a urine-powered battery which can charge a mobile phone.

The Bill & Melinda Gates Foundation has named a team at the University of the West of England, Bristol, among the five winners of Phase II of its Grand Challenges Explorations scheme, which focuses on water, sanitation and hygiene.

Dubbed "urine-tricity", the wee-powered battery uses microbes to digest urine and then produce electricity. The team behind it previously received Phase I funding from the Gates Foundation, but this latest cash injection will help to further develop their design.

“Today, 2.5 billion people practice open defecation or lack adequate toilet facilities so we are always looking for new ways to ensure that less human waste winds up in the environment, untreated,” said Brian Arbogast, director of the Water, Sanitation & Hygiene team at the Bill & Melinda Gates Foundation. “Innovations don’t need to be complicated or expensive in order to be impactful which is why we are so excited about the range of approaches these projects represent.”

Five other organisations were named as Phase II winners. El Reg would like to stress that the constant use of the words one and two does not refer to the pair of established ways to use the toilet, but refers to different levels of funding.

The other projects include a waterless toilet complete with mini waste processing machine designed by Beijing Sunnybreeze Technology Inc in China and a solar steam steriliser which can convert human waste into fuel, which was designed at Rice University in the US. ®