How much did NSA pay to put a backdoor in RSA crypto? Try $10m – report

New claims: Flawed encryption tech switched on by default in exchange for cash 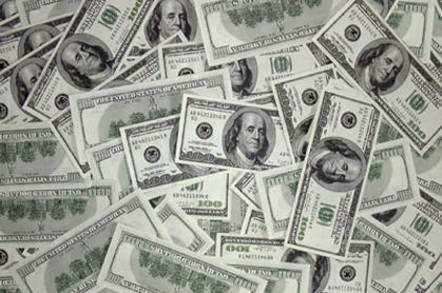 The mystery of why RSA would use a flawed, NSA-championed algorithm as the default random number generator for several of its encryption products appears to be solved, and the answer is utterly banal, if true: the NSA paid it to.

If that figure sounds small, that's because it is. Tech giant EMC acquired RSA for $2.1bn in 2006 – around the same time as the backroom NSA deal – so it seems odd that RSA would kowtow to the g-men so cheaply.

But according to Reuters, at the time, things weren't looking so good for the division of RSA that was responsible for its BSafe encryption libraries. In 2005, those tools brought in a mere $27.5m of RSA's $310m in annual revenue, or just 8.9 per cent.

By accepting $10m from the NSA, as Reuters claims, the BSafe division managed to increase its contribution to RSA's bottom line by more than a third.

It wasn't long after RSA switched to Dual EC DRBG as its default, however, that security experts began to question whether this new algorithm was really all it was cracked up to be. In 2007, a pair of Microsoft researchers observed that the code contained flaws that had the potential to open "a perfect backdoor" in any encryption that made use of it [PDF].

Such concerns remained largely within the province of security experts until earlier this year, when documents leaked by Edward Snowden confirmed the existence of NSA-created backdoors in encryption based on RSA's technology.

In late September, RSA itself even warned its customers that they should choose a different cryptographically secure random number generator while it reviews its own products for potential vulnerabilities. OpenSSL, the software library used by countless applications to perform encryption and decryption, has also written off Dual EC DRBG. How the NSA came to be involved with the algorithm is discussed in detail here by computer security expert Bruce Schneier.

For its part, however, RSA maintains that it never conspired with the NSA to compromise the security of its products, and that if the government knew how to break RSA's encryption, it never let on.

"RSA always acts in the best interest of its customers and under no circumstances does RSA design or enable any back doors in our products," the company wrote in a canned statement. "Decisions about the features and functionality of RSA products are our own." ®