Used all your mobile data? Why not buy your mate's excess bits? 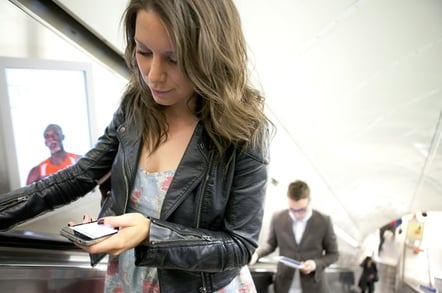 China Mobile has come up with a rather interesting way to help out customers who run out of data before the end of the month – a new trading platform which allows other customers to sell data bundles they haven’t used.

The 2nd exchange market, aka "2cm", is a new app which the operator’s Hong Kong 4G Pro Service Plan customers can download.

“Through the 2cm platform, users can check data transaction status, adjust prices and numbers of new orders at any time,” a China Mobile spokesperson clarified to The Reg.

“The platform will automatically search for, match and notify 4G data sellers once a 4G data buyer is found. Extra data bought from other 4G Pro users can only be used during the same billing month.”

China Mobile announced the platform alongside upgrades to its TD-LTE and LTE FDD converged network in the Chinese SAR which it claims will offer improved speed, coverage and capacity.

The operator, the world’s biggest by subscriber numbers, will be hoping the announcements help to win the hearts, minds and, more importantly, cash of local smartphone users in what is already a highly competitive 4G market.

One thing still missing, of course, is a deal with Apple which would see the iPhone supported by the operator.

However the balance of power has very much shifted to China Mobile on this one. The fruity toy maker would sorely love to provide some of the 100 million 4G smartphones the operator is predicting it will flog to punters in 2014. ®