$1,000 BOUNTY offered for FINGERPRINTS of a GLOBAL SPY CHIEF 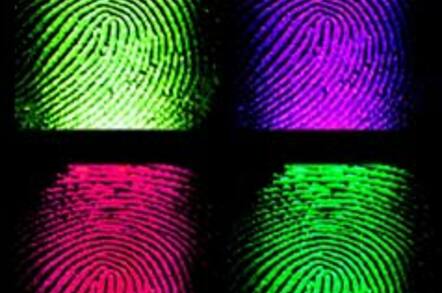 Privacy campaigner Simon Davies is offering a $1,000 bounty for the capture of the DNA and fingerprints of spy chiefs.

The 21st century treasure hunt offers a $1,000 cash windfall for anyone who supplies the Privacy Surgeon site run by Davies with an item – such as a drinking glass – with the DNA and fingerprints of any senior intelligence official of the “Five Eyes” alliance of spy agencies (made up from the NSA and Britain’s GCHQ as well as the signals intelligence agencies of Australia, Canada and New Zealand).

The objective of the bounty-hunt is to send a message to intelligence chiefs that personal information must be treated with respect, not to actually use the biometrics obtained.

"The aim is to raise their level of awareness and sensitivity, not to exploit the data," Davies explains in a blog post. "Indeed, once the acquisition has been fully verified, the data – and the associated receptacle – will be publicly destroyed."

The tone of the whole exercise is firmly tongue-in-cheek, but Davies is keen to suggest that the point it is seeking to make is not frivolous or irresponsible.

"Of course this exercise is entirely in the public interest, and don’t let anyone persuade you otherwise," he explains. "All of us desire a safe society based on highly trusted security procedures, so you’re merely doing your bit to help this global effort. This isn’t about being mischievous; it’s about being responsible citizens."

Would-be participants are firmly instructed not to risk breaking the law, such as by "confiscating" the drinking glass of a spy boss, in their quest to take part in the exercise. Discarded items are fine. Claims need to be submitted together with supporting evidence in the form of a visual image and/or statements from credible witnesses.

The spy boss bounty is not without precedent. In 2008, in response to the UK Government’s plan to introduce mandatory fingerprinting for a national ID card, both Privacy International and the campaign group NO2ID offered bounties for the acquisition of the fingerprints of senior ministers. The-then Home Secretary’s data was successfully obtained from a water glass used by Jacqui Smith at a conference. ®