Facebook to BLAST the web with AUTO-PLAYING VIDEO ads

Think of it as a movie that makes Zuck rich ... bitch 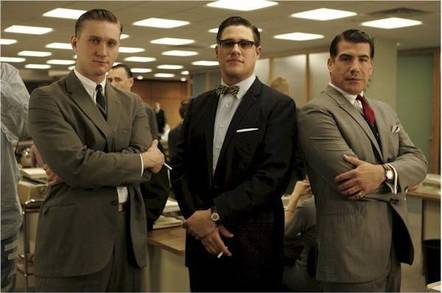 Sound will only be activated on the vid ads if a user clicks or taps on them, the company said in a blog post. But they can't be switched off, either.

"The video ads will begin to play as you scroll through News Feed, but if you don't want to watch, you can simply keep scrolling and the video will stop playing," it said.

Facebook has been testing the vids since September, it said. At present, the ads will only pop up to promote upcoming movie, Divergent.

Some peeps will see the vids running on their news feed on both mobile and desktop versions.

Facebook was keen to point out that its latest ads would not eat into a user's personal data plans because it would have been downloaded in advance when their device was connected to a wireless network.

The vid ads are likely to receive a poor reception from some Facebookers who are becoming more and more fed up with scrolling through feeds that are increasingly jammed with promotions from the Mark Zuckerberg-run company's commercial partners – its real customers.

Facebook said that the vid ads, for now, were limited to specific products and audiences. We'll determine future uses based on what we learn from this tear," it added.