Nothing to do with criticising GCHQ and the NSA, insists telco 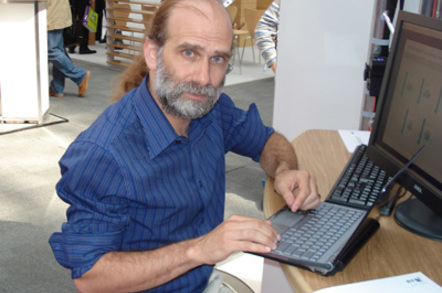 Exclusive Noted security guru Bruce Schneier, who has spent a great deal of energy publicly analysing the Edward Snowden leaks into the activities of the NSA and allied spy agencies, is to leave UK telco BT.

A spokesman for BT said: “We can confirm that Bruce Schneier, BT’s security futurologist, is leaving BT at the end of December 2013.”

News of the parting of the ways reached El Reg via a leaked internal email. Our source suggested Schneier was shown the door as a result of his comments about the NSA and GCHQ's global dragnet and mass surveillance activities.

BT denies this, saying that the working relationship had come to its "natural end".

To: All people in BT Security

I would like to announce that Bruce Schneier, BT’s security futurologist, is leaving the company after eight years. Bruce joined BT in 2006 as part of the Counterpane acquisition and has been a great asset to the company.

I’d like to thank him for all of his contributions to BT and wish him success in his future endeavours.

Hughes gave a keynote presentation about BT Security's work securing the Olympics at the recent RSA Europe conference. During an accompanying question-and-answer session he downplayed suggestions that BT had a close working relation with GCHQ, saying that the telecoms giant was no different from any other large private sector firm in the UK.

Leaks from former NSA sysadmin Edward Snowden painted a different picture, however, including reports that BT, Vodafone and other carriers allowed GCHQ to tap their fibre-optic lines.

BT denied that Schneier leaving was anything to do with his recent critical commentaries on the dragnet surveillance tactics of Blighty's GCHQ in partnership with the NSA:

We wish Bruce every success in his future endeavours and thank him for his contributions to the company and the industry.

Schneier told The Register this evening of his departure: "This has nothing to do with the NSA. No, they [BT] weren't happy with me, but they knew that I am an independent thinker and they didn't try to muzzle me in any way. It's just time. I spent seven years at BT, and seven years at Counterpane Internet Security, Inc before BT bought us. It's past time for something new.

"As to the future: answer, cloudy; ask again later." ®