Chipzilla vs. Chocolate Factory battle could transform the data centre 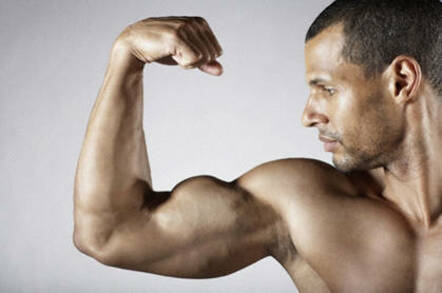 Google is considering new ARM-based designs for its home-brewed servers, according to Bloomberg.

The financial newswire's report is sketchy, offering the observation that Google “ is considering designing its own server processors using technology from ARM Holdings Plc” together with a quote from Google spokesdroid Liz Markman to the effect that “We are actively engaged in designing the world’s best infrastructure. This includes both hardware design (at all levels) and software design.”

The report also says Google is Intel's fifth-largest customer. If the advertising and cloud computing company were to move to Arm Chipzilla would not be pleased.

The wider repercussions of the move would be even more significant. In recent years ARM CPUs have become fast, cheap and – very importantly – miserly power users and very careful emitters of heat. The latter two qualities make a big difference for those who run servers at scale, some of whom are wondering if ARM servers could help their bottom lines.

The X86 camp dismisses such thinking. VMware CEO Pat Gelsinger articulated that position nicely at Vmworld 2013 , where engaged in a spirited debate with Marc Andreessen on the topic. Here's how that conversation played out:

Andreessen thinks Intel's high-margin data centre business is ripe for disruption, not least because ARM is already making inroads into the data centre among users who value the lower acquisition and operating costs it offers. That ARM CPUs are now ubiquitous in mobile devices helps, as the possibility of a homogenous stack is tempting as more and more services target portable gadgetry.

Gelsinger fired back that x86 enjoys an enormous lead in terms of drivers, partnerships with the likes of VMware and the other niceties needed to run a data centre, and that the lead is effectively unassailable. “Even if you reduced the power consumption of ARM CPUs to zero,” x86 will still win, he said.

Andreessen's response was that Linux on ARM is pretty mature. And getting more mature, in all likelihood.

If Google were to adopt ARM it would have to do a lot of work filling in some of the blanks Gelsinger describes above. Then there's also the small problem of building a team to design the silicon and someone to bake it, all of which would make any move a year or three away.

But that delay would also give the Chocolate Factory plenty of time to code ARM-ready software. Google's lightweight server designs mean it would not need to do things like write drivers for obscure host bus adapters that would make ARM servers a better proposition for smaller shops, but an open server design would mean others could do that kind of grunt work.

It's therefore not hard to imagine that Google could catalyse a community interested in running ARM servers at scale, or in smaller IT shops.

Such a scenario would be far worse news for Intel than merely losing a few million CPU sales each year.

The Bloomberg report hypothesises that Google might be airing an interest in ARM to get Intel's negotiators jumpy ahead of a new agreement between the pair. Intel is probably praying that's the case. ®