How Britain could have invented the iPhone: And how the Quangocracy cocked it up

Inventor screwed - while taxpayers sent a clown on holiday 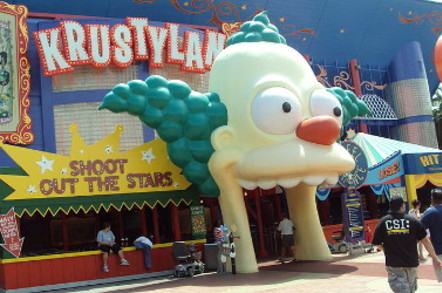 Special Report This is a disturbing, cautionary tale of quasi-government and its bungling. It describes how Britain could have led the recent advances in touchscreen technology, developing kit capable detecting more than one fingertip at once, years before Apple did – if it weren't for the nation's treacle-footed, self-serving quangocracy.

Today, thanks in large part to the multi-touch graphical interfaces in iPhones, iPads and iPods, Apple has turned itself into the biggest tech company in the world. The Cupertino goliath could have entered the mobile phone market well before 2007, but it waited for a leap in user-interface design that enabled the manipulation of on-screen things using one or more fingers – pinch-to-zoom and similar gestures, in other words.

The success of the iPhone and iPad was a generational “paradigm shift”, and companies that failed to move with the touchy times include fallen giants Nokia and BlackBerry.

And that seismic shift so easily could have been based on a British invention.

Our saga begins with Andrew Fentem, an electronic engineering graduate and former Thorn EMI engineer who – after a few years working on defence projects – was at the University of Cambridge and the London Business School doing a PhD. There he’d developed software to arrange and display data in new and visually interesting ways, and called it Spatial Hypertext Object Management System, aka SpaceMan.

“It was easy to build attractive applications, but I found the lack of tangibility and tactility uninspiring, so in my spare time I decided to do something about it.”

Thus in Fentem’s free moments, beginning in 2001, he designed and built a physical user-interface gadget that went beyond the traditional mouse and keyboard: a flat matrix of hairs, rollers, vibrators, electromagnets and other actuators that could move around objects. Automatically arranging things on a board is one thing, but sensing where the user had moved them is another.

“I needed a way of tracking these multiple objects, and that's where my interest in multitouch systems started," says Fentem. "I eventually started working on these technologies full-time, and progressed to developing high-speed multitouch touchscreen systems for games like virtual air-hockey, interactive carpeting, and for multitouch virtual synthesiser controllers.”

That multitouch sequencer can be seen in action below; notice the instrument controls are simply blocks positioned on the flat sensor surface:

By this point Fentem had quit his PhD, and spun out the data visualisation software into a management consultancy, reinvesting the money to focus on the multi-fingered user-interface problem.

“I was unique in that I had built an entire system - hardware, signal processing, operating system, and application layer from the ground up, before Apple had,” he said.

Indeed, when Samsung needed an expert to defend itself in court against Apple's allegations of touchscreen patent infringement, Fentem was called to be the South Koreans' expert witness in the European rounds of litigation.

Multitouch clearly had plenty of uses. How could an inventor bring some of these to market? Obviously, Britain's then-Labour government was here to help.