Go ahead, take your mobe to another carrier ... as long as you're paid up 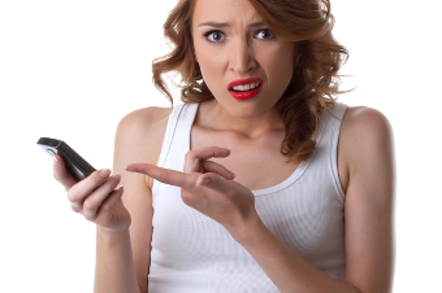 The five largest US wireless carriers say they are all onboard with new policies designed to make it easier for customers to use their mobile devices on the network of their choice.

"We are pleased to announce AT&T, Sprint, T-Mobile, U.S. Cellular and Verizon Wireless agreed to adopt a voluntary set of six principles for unlocking of consumers' mobile phones and tablets," Steve Largent, president and CEO of wireless industry lobbying group CTIA, said in a statement.

Typically, mobile phones sold in the US come locked to a specific carrier's voice and data networks, so that even phones with compatible hardware can't be activated on a competing carrier's airwaves.

Some carriers have been willing to unlock customers' equipment upon request – usually only after they have recouped any subsidy they may have paid for the hardware – but there has been no industry-wide policy on the practice.

On Thursday, CTIA published the text of a voluntary commitment that it says all five of the top US mobile operators have agreed to.

Under the new CTIA policy, all five carriers say they will unlock customers' devices when asked, provided the customer's service contract or device payment plan has been paid in full or an early termination fee has been paid.

The one exception to these rules is for customers enlisted in the US military. Any military personnel who are deployed overseas can have their phones unlocked right away, regardless of how long they have been a subscriber to the carrier's network.

The carriers further promise to notify customers when they are eligible to have their phones unlocked and to respond to unlocking requests within 48 hours.

Although CTIA characterizes compliance with the new rules as entirely voluntary, however, that's not exactly the case. The move comes not long after Tom Wheeler, the new chairman of the US Federal Communications Commission (FCC), sent a strongly-worded letter to CTIA telling it to get its act together on the subject of phone unlocking.

In it, he demanded that the organization produce a policy containing five elements, the specifics of which not coincidentally matched the bullet points of the new CTIA policy almost exactly.

But even though Wheeler got just about everything he wanted from the carriers, not every FCC regulator is satisfied with the new rules. Commissioner Ajit Pai, in particular, said in a statement published on Thursday that CTIA's unlocking policy doesn't go nearly far enough:

It does not empower consumers to unlock phones themselves, but instead keeps carriers in control of the process. If a consumer forgets to unlock his cellphone before recycling it, carriers can still charge that new, legal owner an unlocking fee. If a consumer needs to travel abroad for business or to visit his family, he cannot get low rates from a foreign provider without his domestic carrier's say-so. And if a low-income consumer thinks his prepaid plan doesn't have a contract – well, apparently his carrier can make him wait a year before unlocking the phone.

Most of the other commissioners praised CTIA's announcement, however, with Chairman Wheeler saying he was "delighted" with the agreement and that it represents "an important expression of the compact between industry and the public."

According to CTIA's announcement, the five carriers that have already approved the new policy will implement three of its principles within the next three months and the remainder within the next 12 months. Whether other US mobile operators follow suit remains to be seen. ®