Every single day, every word you say, every game you play, they'll be watching you 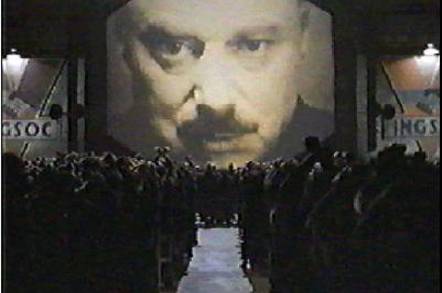 The already strained relationship between Google and the NSA has got a little bit worse, after claims in the latest Snowden leak that intelligence agencies are using the Chocolate Factory's cookies to track targets.

Documents seen by the Washington Post show that the NSA and the British snoops at GCHQ have found a way to piggyback on a Google tracking cookie dubbed PREFID. This doesn’t contain personal data, but does contain an identifier unique to each browser, so by subverting the Google code a particular user can be easily identified in a large data dump.

You just don’t pick up PREFID cookies if you're a Gmail or Google+ user, they're included in everything from simple search requests to websites that have a link to Mountain View's mapping of social networking system. As such, most internet users will have one somewhere.

Once a particular browser is identified, the Google cookies can then be used for "remote exploitation" the documents state, presumably anything from monitoring usage to complete pwnage. It can also be used for "on the ground survey options," and used to brief the FBI for domestic action.

The latest trove from ex-NSA-contractor-turned-whistleblower Edward Snowden also shows details of a location-tracking system implemented by the intelligence agencies (and presumably their Canadian, Australian and New Zealand counterparts) called HAPPYFOOT – say what you like about the coders, at least they have a gift for naming this stuff. That effort also uses advertising networks' cookies to track the location of users.

HAPPYFOOT monitors location data sent back by mobile apps to provide localized content. GPS doesn’t need to be on for this kind of data – the phone user's location can be triangulated pretty accurately based on cell tower and Wi-Fi locations, particularly in urban environments. As seen in last week's FTC settlement, this location data doesn't always need user approval to activate.

In both cases, intelligence agencies can use data from the Department of Defense's National Geospatial Intelligence Agency, for target tracking. According to Snowden's data the agency has an annual budget of $4.9bn to collect and analyze satellite and photo imagery from around the world.

"As we've said before, NSA, within its lawful mission to collect foreign intelligence to protect the United States, uses intelligence tools to understand the intent of foreign adversaries and prevent them from bringing harm to innocent Americans," said the NSA in a statement.

Privacy experts have long been nervous about the ability of cookies to track internet users. While there are beneficial uses of cookies, besides being vital to the online advertising market, the ability to store arbitrary data in a browser is seen as a fundamental flaw in protecting privacy on the web.

It's a measure of success that the "do not track" movement against cookies is now supported by almost all the major browser manufacturers and is often the default setting – something that is infuriating the advertising industry. It would seem, from these latest documents, that the NSA would like tracking to continue as well.

"These revelations make it ever clearer that we need to fight back against non-consensual tracking of web users, by deploying and adopting technology that allows users to block online tracking," said privacy campaigners at the EFF in a statement.

"In the past we’ve been concerned about the profiles that web companies could build up about users without their knowledge or consent. Now we’ve seen that this tracking technology is also being hijacked for government surveillance of Internet users." ®