Cassini spots MEGA-METHANE SEAS on the north pole of Titan

Enough to power patio heaters for the next few millennia 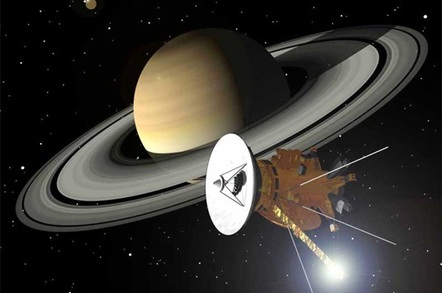 Images taken from the Cassini spacecraft orbiting Saturn have given the clearest pictures yet of the planet's largest moon Titan and revealed vast seas of methane on the north pole that are more than 200 times larger than all the proven hydrocarbon reserves here on Earth. 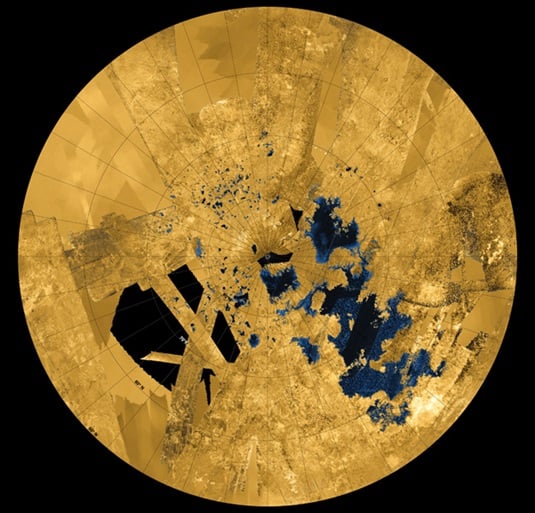 Polar seas could keep us warm for centuries

Titan is the only other planetary body in the Solar System that has naturally occurring surface liquids, although given the -180°C temperature and the moon's atmosphere, the liquid flowing is hydrocarbons, not water. For the last few years NASA has been carefully mapping Titan's surface using the Cassini spacecraft and at the American Geophysical Union's Fall conference in San Francisco revealed the latest results.

It's been known since 2009 that there was a large lake of liquid hydrocarbons, dubbed Kraken Mare, near the north pole. The new measurements show that Kraken is surrounded by smaller interconnecting seas and for the first time Cassini's radar has been able to provide both the depth of some of these lakes and an estimate of their composition.

One of the larger bodies of liquid, named Ligeia Mare, has been mapped as 520-560 feet (160-170 metres) deep and, based on the radar signatures, is predominantly liquid methane, with some other heavier hydrocarbons mixed in. Ligeia holds around 2,000 cubic miles of this methane mix (around 3.3 billion Olympic-sized swimming pools using El Reg's own conversion tables) or 5,000 gigatonnes of carbon, about 40 times the proven oil resources here on Earth. 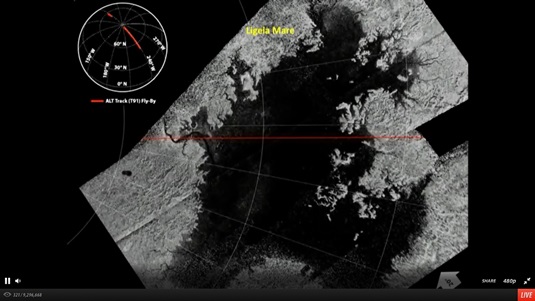 Ligeia Mare, not suitable for surfing

All of these methane seas are unusually concentrated in an area 600 miles by 1,100 miles (900 kilometers by 1,800 kilometers) around Titan's north pole and account for around 97 per cent of the liquid yet found on the surface of the moon. They are surrounded by a cap of solidified hydrocarbons that is 3.6 million square kilometers (or 117 times the size of Belgium) in area.

But the discovery has left NASA scientists stumped as to why the north pole has such a concentration of liquids. Volcanic activity could be one cause - Titan does have a small number of slush volcanoes – but Randy Kirk, Cassini radar team member with the Astrogeology Science Center said such a high concentration of volcanism in one small area of the moon is unlikely.

Another possibility is that the hydrocarbons are dissolving Titan's surface in a similar way to limestone sinkholes are dissolved here on Earth. These Titanic sinkholes could even tap into huge reservoirs underground that store the heavier hydrocarbons that Cassini has yet to find.

NASA’s planetary science director Jim Green explained that we now know the atmospheric composition of Titan, as well as its temperature range and surface pressure, so it's a matter of simple chemistry to deduce which hydrocarbons are formed when the Sun's energy interacts with the moon's atmosphere. So far there are a lot of heavier hydrocarbons that haven’t been detected.

Unfortunately, there isn’t much time left for Cassini to find out where they are. The probe, which arrived around Saturn in 2004, only has around 4 per cent of its maneuvering propellant left to burn and has been using Titan's gravity to influence its orbit around Saturn to save energy. 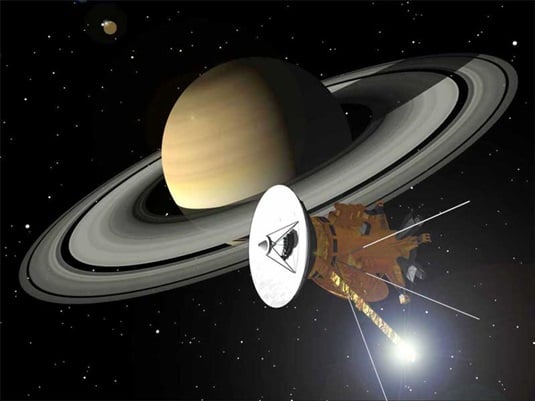 Coming to the end of the road for Cassini

The probe will now spend its remaining time orbiting Saturn's equator as the Solar System's second largest planet moves into its Summer solstice, and flying by some smaller moons. In 2017 it will begin a death dive into Saturn, skimming between the closest ring of the planet before being crushed to fragments by the gas-giant's atmosphere.

In the meantime there will still be the chance to get more images of Titan and its resources. Judging from the way things are going here on Earth we may need some of those hydrocarbons to keep life sweet for future human generations. ®