And you thought your data plan was pricy 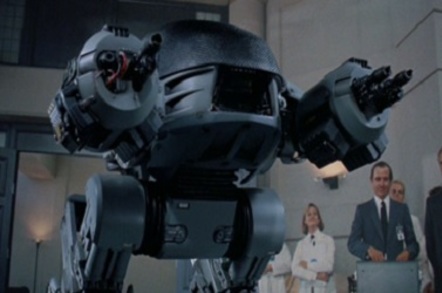 An investigation by Senator Edward Markey (D-MA) into the monitoring of cellphones has found that US police paid telecommunications companies more than $26m to hand over location information, metadata, and sometimes the content of their customers' messages to cops in the US last year.

Senator Markey sent letters to the major US mobile providers asking how they handled requests from law enforcement, and found that last year telcos passed over 1.1 million records about customers to federal, state, and local law enforcement officials. For this cooperation T-Mobile banked about $11m, with Verizon bagging a little under $5m, and AT&T getting "approximately $10,298,000" in fees.

"Have no doubt, police see our mobile devices as the go-to source for information, likely in part because of the lack of privacy protections afforded by the law," said Christopher Calabrese, legislative counsel at the ACLU’s Washington Legislative Office.

"Our mobile devices quite literally store our most intimate thoughts as well as the details of our personal lives. The idea that police can obtain such a rich treasure trove of data about any one of us without appropriate judicial oversight should send shivers down our spines."

While the total number of customers investigated by the police appears to have dropped from the 1.3 million records requests Markey noted in 2011, last year's figures are underreported, he said, since Sprint declined to provide numbers on the grounds that it depended on how you counted such requests.

Markey also said the police requested more than 9,000 dumps of cell tower data in which every mobile in range of a base station is logged, warning this could mean tens of thousands more Americans were surveilled.

"As law enforcement uses new technology to protect the public from harm, we also must protect the information of innocent Americans from misuse," said Senator Markey, a member of the Commerce, Science and Transportation Committee.

"Disclosure of personal information from wireless devices raises significant legal and privacy concerns, particularly for innocent consumers. That is why I plan to introduce legislation so that Americans can have confidence that their information is protected and standards are in place for the retention and disposal of this sensitive data."

"We need a 4th amendment for the 21st century," Markey said. "If the police want to know where you are, we should know why. When law enforcement access location information, it as sensitive and personal as searching an individual's home and should be treated commensurately." ®

A second preview of .NET Core 3? Shucks, Microsoft. You spoil us