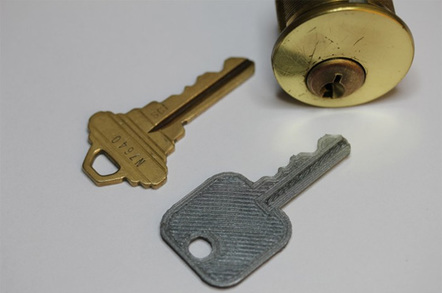 A French government agency has been caught signing SSL certificates and impersonating Google.

The bogus certificates were endorsed by the certificate authority of the French Treasury, DG Trésor. And the Treasury's own authorisation certificate was, in turn, vouched for by IGC/A (Infrastructure de Gestion de la Confiance de l'Administration) and ultimately ANSSI, the French equivalent of the CESG assurance wing of GCHQ.

It seems the French Treasury department created the counterfeit certificate in order to monitor employee traffic that would otherwise pass through its network wrapped in encryption. The dodgy certificate allowed man-in-the-middle SSL interception, a heavily frowned on practice that violates the trust model of internet security. The practical upshot was that any email or other data sent between French Ministry of Finance officials and Google was wide open to snooping by the French government and perhaps others.

In a blog post, Google security engineer Adam Langley said it acted immediately so that its Chrome browser blocked all certificates issued by the intermediate CA before alerting ANSSI and other browser vendors and requesting an explanation.

ANSSI has found that the intermediate CA certificate was used in a commercial device, on a private network, to inspect encrypted traffic with the knowledge of the users on that network. This was a violation of their procedures and they have asked for the certificate in question to be revoked by browsers. We updated Chrome’s revocation metadata again to implement this.

This incident represents a serious breach and demonstrates why Certificate Transparency, which we developed in 2011 and have been advocating for since, is so critical.

ANSSI issued a statement (English language version here) blaming “human error" for the creation of the dodgy certificates and downplaying the significance of the issue by arguing it had "no consequences on security for [the] general public”.

As a result of a human error which was made during a process aimed at strengthening the overall IT security of the French Ministry of Finance, digital certificates related to third-party domains which do not belong to the French administration have been signed by a certification authority of the DGTrésor (Treasury) which is attached to the IGC/A.

The mistake has had no consequences on the overall network security, either for the French administration or the general public. The aforementioned branch of the IGC/A has been revoked preventively. The reinforcement of the whole IGC/A process is currently under supervision to make sure no incident of this kind will ever happen again.

Security experts have raised a quizzical eyebrow to claims that the "human errors" might "accidentally" lead to spoofed digital certificates, an explanation that would have seemed a tad unlikely even before the Snowden revelations cast a harsh light on the sneaky practices of signals intelligence agencies. The incident has prompted an indignant missive to the EU Commission requesting a privacy investigation.

The incident is not without precedents. Last year SSL certificate authority Trustwave admitted it issued a digital "skeleton key" that allowed an unnamed private biz to spy on SSL-encrypted connections within its corporate network. Trustwave came clean without the need for pressure beforehand. Even so its actions have split security experts and prompted calls on Mozilla's Bugzilla security list to remove the Trustwave root certificate from Firefox. Ultimately Trustwave escaped the "death penalty" and escaped with a strong rebuke over the SSL skeleton key incident.

One difference is that Trustwave owned up voluntarily while in the latest case Google spotted something was amiss thanks to the use of pinning technology.

Back in 2011 hackers broke into the systems of Comodo and DigiNotar, granting rights to issue themselves with fake digital credentials. The fraudulent DigiNotar certificates1 were later used in a man-in-the-middle attack on ordinary internet users in Iran. Users in the Islamic Republic who thought they were talking directly to Gmail, Skype and other services were actually going through an intermediary who would have been able to read their traffic, logs at DigiNotar revealed.

Audits of DigiNotar revealed systemic security failures that prompted browser developers to revoke its trusted status, the same sanction a minority would like to see applied against Trustwave and now (to a lesser extent) ANSSI.

A technical discussion of the issue can be found on the Bugzilla mailing list here. A primer on how the chain of trust in SSL certificates works can be found in a blog post by Paul Ducklin of Sophos. ®

1Recent revelations from NSA whistleblower Edward Snowden related to hacks against Brazilian oil company Petrobras "implies that the 2011 DigiNotar hack was either the work of the NSA, or exploited by the NSA," according to noted cryptographer Bruce Schneier. Other specialists dispute this interpretation. However what's not in dispute is that using false digital certificates to run man in the middle attacks is a common tactic of intelligence agencies and other capable attackers that underlines the fragility of system that has underpinned e-commerce and secure communication on the net.