If you want an IT job you'll need more than a degree, say top techies 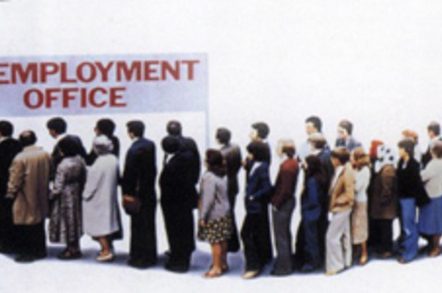 A degree is not enough to help hopeful youngsters drag themselves off the dole queue and into a plum tech job, according to a survey of IT bigwigs.

The employment site CWJobs asked 500 top tech titans about what they were looking for in a new recruit.

Some 60 per cent agreed with the statement that "degrees alone are not enough to help jobseekers break into the IT industry".

Instead, aspiring IT bods were advised to take up vocational training courses, which were recommended by 76 per cent of the people who responded to the survey.

"It’s therefore important that alternate routes into the industry are encouraged,” Nott added, “and importance of degrees relaxed, in order to provide new channels to industry for budding IT professionals.”

The survey's respondents expressed support for the government's drive to teach all kids how to code, starting at the age of five.

Some 56 per cent of the people who responded to the questionnaire said "programming should be integrated into the curriculum for secondary education from 2015 onward" while 86 per cent thought primary school was a good time to start teaching this vital skill.

So what sort of degree should you do if you don't fancy a career spent shunting code around or telling angry Luddites to turn their computer off and on again? Well, surprisingly, you might want to try media studies, which apparently boasts the second highest employment rate of any subject – albeit the second lowest wage. After all, McDonalds isn't exactly known for giving big bucks to the latest crop of media studies grads. ®