So Anonymous, we didn't even register their, ahem, 'total domain takedown' 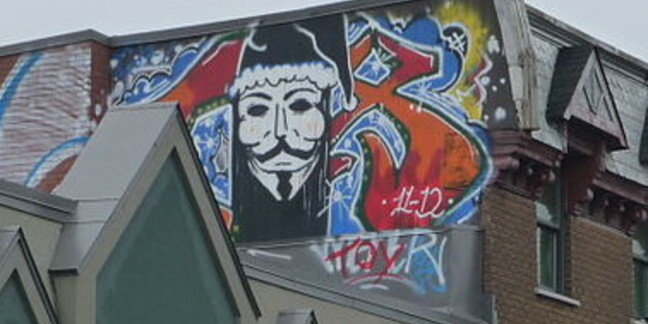 Microsoft has denied it was affected in any way by a claimed attack against its systems by elements of the rag-tag hacktivist collective Anonymous.

In a post to Pastebin last week, an individual claiming affiliation to Anonymous boasted that a DDoS attack against Japanese Microsoft (domain) websites and servers on or around 23 November had had a much wider affect than intended.

The poster continued: "We are sorry for any inconvenience We caused you Microsoft..." and claimed that although the Japanese websites had stayed up, many core Microsoft sites - including Hotmail.com, MSN.com, Live.com, Outlook.com and Microsoft.com - were supposedly taken out by the attacks mounted in protest against the culling of dolphins by the Japanese government (dubbed #OpKillingBay).

The activist attack would appear to be a coincidence and its supposed deep impact takes some believing, especially in the face of a denial from Redmond. The timing is wrong and the list of sites affected doesn't match either. In response to repeated requests for comment on the supposed attack, Microsoft eventually came through with a statement saying it hadn't even registered the supposed assault.

We are aware of reports of a distributed denial-of-service (DDoS) attack where it appears that Microsoft was not the intended target. We do not believe this alleged attack is related to any interruption of Microsoft online services.

Sean Power, security operations manager at security firm DOSarrest, said collateral damage from DDoS attacks is always a possibility, particularly when attacks are amplified. He wasn't surprised that the hacktivists claimed a hit even though in this case it seems they didn't sink any battleships.

"Collateral damage from a DDoS attack is very real - regardless if this is what happened or not," Power said. "DDoS attack amplification is also very real, so is the concept of trying to legitimise traffic. This illustrates very well how attacks can be reflected from, or even amplified by trusted neighbours/partners." ®

Quite how the planned attack on Microsoft Japan has anything to do with dolphin hunting in the small Japanese town of Taiji escapes us. The initial list of targets included the Japanese Ministry of Agriculture, Forestry & Fisheries as well as the official site of Taiji town, as previously reported.

Something a bit phishy in your inbox? You can now email suspected frauds straight to Blighty's web takedown cops