Over 1,100 workers set to walk the plank by January – union 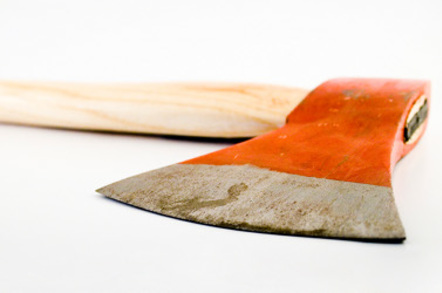 The brothers at Unite have slammed HP for being a "long term addict to a culture of job cuts" as the union bemoaned the loss of a claimed 1,124 UK staffers due to collect their P45s by January.

The redundancies are part of the 7,100 mass layoffs across Europe that HP is pushing through before the end of the current fiscal year - next November - as revealed by The Channel.

Stating the bleeding obvious to anyone with more than a passing involvement with HP, Unite said today the European managers at the vendor are merely doing the bidding of their US bosses.

"For the last five years HP has been addicted to a culture of job cuts in the UK to such as extent that its highly skilled workforce has little faith in the way that the company is being managed," said Ian Tonks, Unite national officer.

Unite said HP blamed "falling [customer] demand and reorganisation" for the cuts, and fingered "618 people in Bracknell, 483 in Warrington and 23 in Sheffield" as facing redundancy. Many of these people work remotely or at organisations employing HP, the union claimed.

The European Works Council last year sued HP and ripped up its works council agreement, saying efforts to consult over the planned mass redundancies had been obstructed by the vendor.

The pair quickly sat down at the negotiating table again, but those protracted discussions have once more left the EWC frustrated.

Tonks at Unite said that at a recent EWC meeting, HPers had been unable to answer specific questions about the future of EWC "as they could not get hold of their American bosses because of last week's Thanksgiving holiday. It's no wonder there is so little faith in the European management."

He added Unite will be "doing everything possible to mitigate these job losses which are a hammer blow to the UK's IT sector and very distressing for employees in the run-up to Christmas".

But talk is cheap and both Unite and the wider EWC have so far failed to derail HP job-slashing on this side of the pond.

The "Make It Better" programme launched by CEO Meg Whitman in 2012 initially involved 27,000 job cuts, which was later raised to 29,000. But more recently, during Q3 this calendar year, HP said the reduction could be up to 15 per cent higher than first planned - taking the total to between 33k to 34k.

In a statement, HP told us it had "commenced consultation for Q1 FY14 (November to January) in the UK regarding potential workforce changes for 2014".

It added: "The move is to "address current market and business pressures in support of HP's turnaround in EMEA.

"HP remains committed to supporting the employability of its employees through a number of internal initiatives, including re-skilling, redeployment and support to obtain alternative employment." ®