RBS Group's online banking fails, cards are declined and ATMs refuse to give out cash 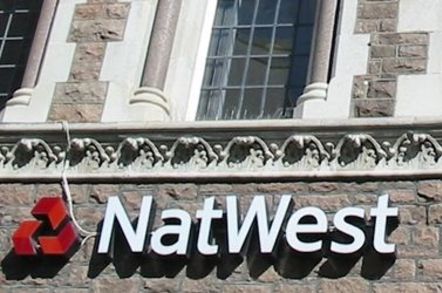 RBS, Natwest and Ulster Bank customers were hit by an "IT meltdown" on Cyber Monday that stopped card payments, borked ATMs and closed down online banking, leaving them with no way to pay for anything.

Problems started around 6.30pm yesterday as folks trying to do their Christmas shopping online and those looking for a few groceries for their dinner were left red-faced when cards were declined.

RBS, which owns Natwest, has said that the technical issue, which it has so far refused to explain, is now resolved, but users are still reporting problems.

Natwest customer Beth told The Reg that she still wasn't able to access her account online and the bank was now telling her that there could be a block on her card.

"A card block wouldn't result in a technical error, so it's absolute rubbish," she complained. "I think the online team are clutching at straws. I know lots of people do have access but I'm not amongst them!"

Reg readers who could get into their online accounts also reported money missing from their balances. In some cases, salaries that had recently come into the account had now disappeared, leaving the customer overdrawn and causing cheques to bounce and payments to be refused.

An RBS spokesperson told The Reg that the majority of users had access to their money again, but some folks could still be having trouble.

"There could be a small number of customers still experiencing some residual issues," they said. "[And] there could be one or two people whose payments are taking some time to update. Any customer experiencing issues this morning should get in touch with our call centres or branches where our staff will be ready to help."

"We would like to apologise to our customers. If anyone has been left out of pocket as a result of these systems problems, we will put this right," it said in a statement.

The outage is the latest in a line of IT problems at the banking group that are adding to its growing bad reputation. In June last year, millions of account holders were left without access to their accounts, in some cases for up to a week. The Reg discovered that an inexperienced RBS tech was to blame, bungling the patch-up after an upgrade to the batch processing software used by the bank went wrong.

Earlier this year, a hardware fault in the group's mainframes stopped customers from accessing their accounts online, at the cash machine or using their cards. ®

If you're in the know and would like to add to the coverage of this latest outage at RBS Group, drop The Reg a note or call the London office on 020 3189 4620.