Whiting drags himself out of Riverbed, moves to head up global Fusion-io's sales team 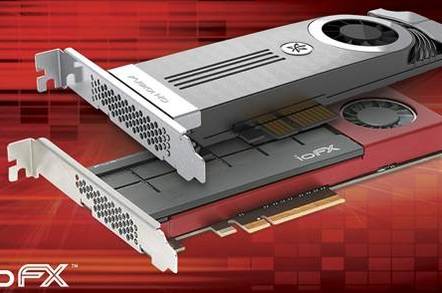 Whiting comes to Fusion-io from Riverbed, where he was the senior veep for Americas sales and, before that, Brocade, where he was SVP worldwide sales until ex-CEO Michael Klayko took over the job himself.

Whiting gains the title of EVP for global field operations and "will lead the worldwide Fusion-io sales team."

Whiting came out with a perfectly canned quote: "I am excited to join Fusion-io to lead the sales team as we move into the next phase of growth."

He leaves Riverbed as it repositions itself in the face of a disappointing WAN optimisation market.

Robison has recast the exec team at Fusion-io, and added a chief strategy officer, Gary Smerdon. A replacement for departed CFO Dennis Wolf is yet to be announced.

Whiting's job will be to get sales moving through co-ordinated OEM and reseller channels. Meanwhile we understand that Smerdon will be looking at security of NAND chip supplies, among other things.

Fusion-io is facing strengthening competition in its PCIe flash hardware and software heartland with PCIe flash looking to become a standard server option from server system suppliers, shrinking the market opportunity for suppliers outside the effective server tri-opoly of Dell, HP and IBM.

There's also SanDisk, lurking there with its SMART Flash DIMM technology, and Toshiba, now looking to sell PCIe flash using Violin Memory technology. Let's not forget HGST and its Virident PCIe flash business, or LSI, or Micron, or Intel, or Samsung too.

Fusion-io has a reselling deal with Fujitsu to accelerate its servers. Can it sell into Cisco? Can it keep its hyperscale data centre presence and increase it? Has it still got sufficient innovative technology smarts to keep it ahead of all the competition it faces and help it survive in the inevitable PCIe flash supplier shakeout that's coming? ®